Roma are said to have a problem between the sticks and, with Mourinho taking over at the start of next season, he could look towards his former club for the solution.

Lloris only has 12 months remaining on his current Tottenham contract as he prepares to lead France into the European Championships.

As such, Spurs are apparently looking for a change in the goalkeeping department and, should they find a replacement, Lloris would be allowed to leave this summer.

The report even goes as far as to say that Mourinho has already contacted Lloris about joining him in Italy and Roma would be unlikely to struggle with the keeper’s transfer price.

However, Lloris’ wages may apparently pose a problem, as could Tottenham’s ability to find a suitable replacement in the summer transfer market at short notice. 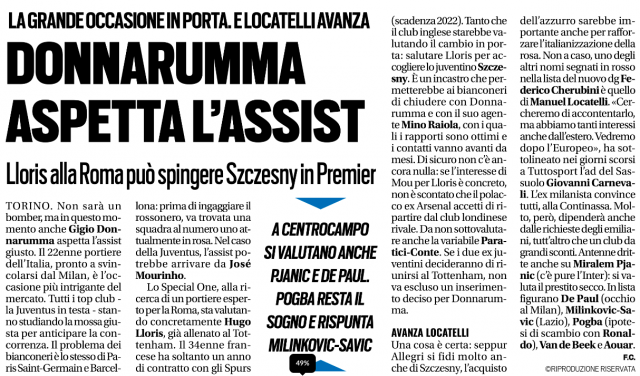 Report: Spurs could sign Atalanta star on loan deal – May have to sell Joe Hart

Di Marzio takes to Twitter to hint at transfer deal for...

Report: Spurs could sign Atalanta star on loan deal – May...