According to ESPN, Mauricio Pochettino has said he is not concerned by his side’s dismal away record against their top-six rivals after the 4-1 defeat at Manchester City.

Since Mauricio arrived we have lost 11 of 18 visits to Arsenal, Chelsea, Liverpool, City and Manchester United, conceding 35 goals and scoring 15 with the solitary win came at City’s Etihad Stadium last February, but as the article says we were totally outclassed there on Saturday as we suffered our worst defeat in 19 months.

It adds that we have also lost at United and Arsenal this season, but Pochettino said: “I think we play 19 teams in the Premier League, no? You see me concerned?
“I’m not really, no. It’s about how you finish in the league and position in the table.

Pochettino added: “Last season, we were above Manchester City in the table. This season we are below. Maybe we need to improve our results not only away from home but at home.The expectation was massive during the season but, yes, we struggled maybe with different competitions. But in the Champions League we are doing fantastic.

Pochettino went on to say: “In the Premier League we are not in the position we wanted, but we are fighting for the top four.”

The article adds that City’s win leaves them 21 points clear of of us, who we finished eight points above last season.Pochettino said before the game that it was “completely unfair” to compare Spurs to big-spending City, but he refused to offer excuses after Saturday’s thrashing.

“I don’t want to say anything,” he said. “That is football. The reality was 4-1, they won, they were better and I think they are doing fantastic.One team can win the Premier League and, if you are second, third or fourth and going to play the Champions League, it doesn’t matter if you are one point or 20 points away. At the end, it’s about the place in the table.

Pochettino added: “I think you cannot measure the difference between points. If you finish second it’s the same to finish one point or 20 points behind.They [City] are doing so well, they are performing, and for many clubs it will hurt a lot because the gap is massive.But I think we are doing a fantastic job in last few seasons and the team is doing what it needs to do — learn, improve, step by step, to one day try to be in the place that Manchester City are in today.” 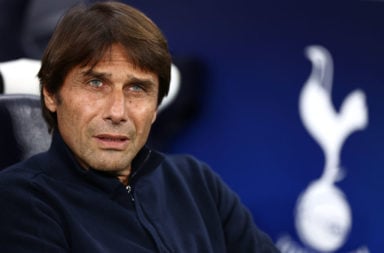