Dejan Kulusevski has lavished praise on Rodrigo Bentancur, admitting that he is a big fan of the Uruguayan.

Both Kulusevski and Bentancur had been struggling for game time during their final six months at Juventus before making the switch to Tottenham a year ago. 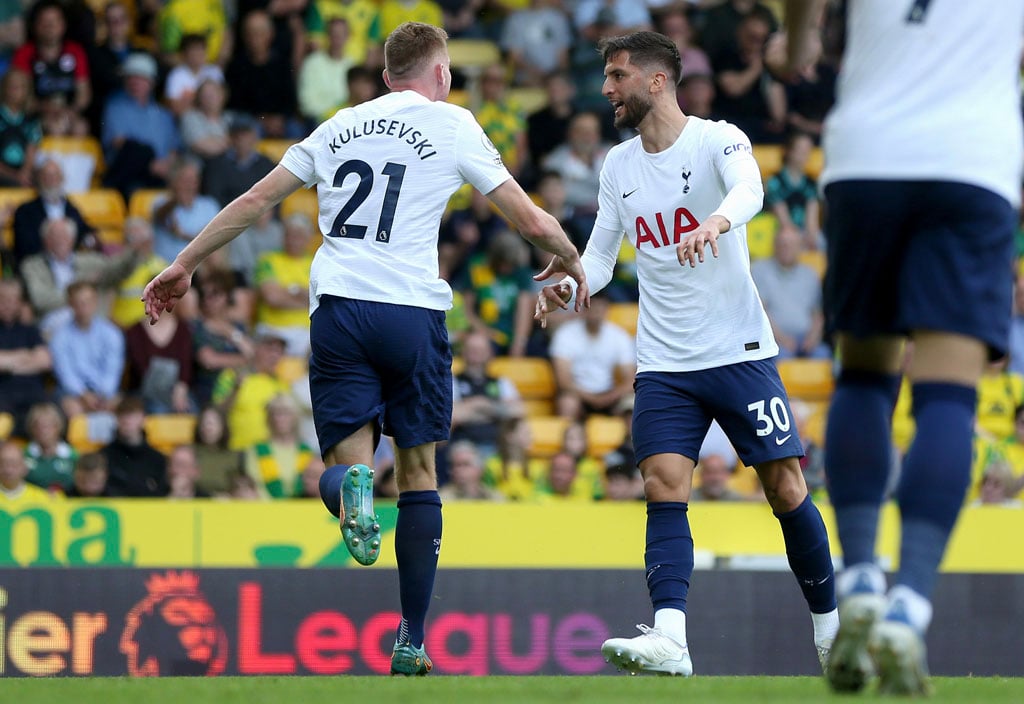 Both players have taken to the Premier League like fish to water, quickly making themselves mainstays in Antonio Conte’s starting eleven.

Bentancur’s quality in the middle of the park often makes the current Spurs side tick, with Eric Dier even stating about the midfielder a few months ago: “We play well when he plays well” (Tottenhamhotspur.com).

While the 25-year-old’s technical quality, engine and tenacity were plain for all to see, he has also started having more of an impact in the final third this season, having found the back of the net five times so far in 2022-23 (Transfermarkt).

Bentancur also produced a couple of impressive forward forays at the World Cup, and Kulusevski insisted that he is not surprised about the midfielder’s output in the final third.

When asked about Bentancur adding goals to his game, the Swede told Tottenham’s Matchday Programme (as relayed by Football.London): “With the injuries before the break, the coach had to change the formation a little bit, so we started to play three in the middle and Rodrigo had to get higher up the pitch.

“He has so much quality and also, he’s in a great mood. The thing is, as well, when you score one, you usually score in the one after and it just grows from there.

“He was in a fantastic moment, and he just kept scoring, a lot of late goals also so I’m very happy for him because he is a fantastic person and a crazy player as well. He’s one of my favourites. I hope he can help us even more. in the second half of this campaign.”

The Bentancur and Kulusevski signings were outstanding deals and both players are now arguably worth more than three times what we paid for them a year ago (although the 22-year-old is still technically on loan). These deals are evidence that Tottenham do not necessarily have to spend big to find world-class players.