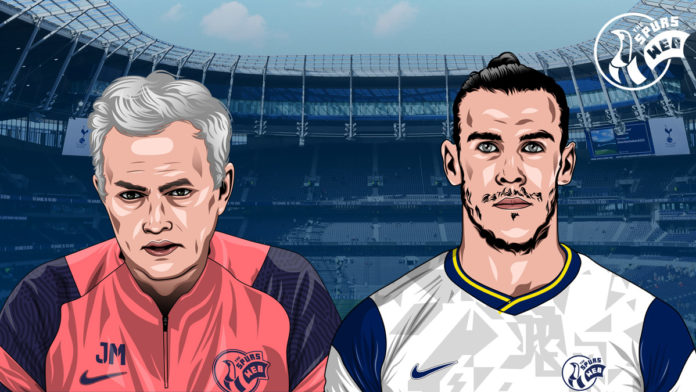 Gareth Bale’s agent Jonathan Barnett has said that the Welshman’s comments about planning on returning to Real Madrid next season have been “taken completely out of context”.

After a tough start to the season, Bale has shown signs of returning full fitness over the last couple of months.

There has been plenty of speculation about the 31-year-old’s future over recent weeks, with some reports claiming that Spurs have the first refusal on signing him on loan next season while others have suggested that the North Londoners would have to negotiate a new deal with Real Madrid.

When asked about his future, Bale said earlier this week that his plan is to return to Madrid at the end of his loan spell in the summer.

Some Spurs fans were not pleased with the winger’s comments and took it to mean that Bale does not want to return to Tottenham next season.

However, Barnett has now told ESPN that his client’s comments were intended as a statement of fact, reflecting the reality of a one-year loan, rather than a statement of intent.

He also admitted that it is “too early” to make a decision on next season.

Bale is contracted to Real Madrid and the initial loan agreement was just for this season. So, it is obvious that the winger had to say that he plans on returning to Madrid as he would not want to put himself or Spurs in a more difficult bargaining position by suggesting he wants out.