Home News ‘Buy him back’ – Some Tottenham fans react to news about Kieran...

Reacting to reports that Newcastle United are closing in on a deal for Kieran Trippier, a few Tottenham fans on social media have suggested the club should look to bring the right-back back to North London.

Trippier was part of Tottenham’s revolution under Mauricio Pochettino, initially serving as Kyle Walker’s understudy before becoming the first-choice right-back after Walker’s move to Manchester City.

The 31-year-old did not have the best of ends to his career at Spurs but he rebuilt his reputation since swapping the Lilywhites for Atletico Madrid in 2019.

The England international played a key role in Atletico’s march to the La Liga title last season, and if reports are to be believed, he could now be set for a return to the Premier League.

The Telegraph revealed this week that the Magpies have made the former Tottenham man their number one January target.

While some Spurs fans admitted that they would not mind bringing Trippier back to the club, others suggested that he was only heading to Newcastle for one final payday.

Here’s how they reacted to the reports:

If he's available we should be back in for him.

Why don’t we buy Trippier back? He was great for us. #THFC #COYS https://t.co/wSMqqlLETN

And just like that, Newcastle will have a better right back than we do. https://t.co/dAxXlf3MAN

Can’t see why we aren’t in for trippier if he’s for sale for a low value , so much tehnical ability which none of our wing backs currently have as well as a good defensive mind under simeone now

Even if he was highly paid, would he want to go from a sunny Spain and LaLiga, all the way to cold Newcastle and then the Championship… we'll see 😬 https://t.co/VnW0evXNqe

Works out I guess. If they go down they can just loan these guys out for a season. They've got the cash. https://t.co/QFhKcGUVEB

The Tyneside Retirement Home has its first paid customer.

Phil Jones will be next. https://t.co/KsnwwVzymc

I can see why some Spurs fans want Trippier back as the 31-year-old would suit Conte’s system and might offer Emerson stiffer competition than Doherty could. However, his age is the biggest problem as Paratici and Conte are likely to look at a younger profile of players as part of their rebuild. 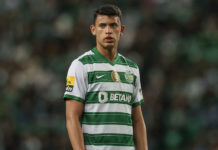 ‘Going very well for all three’ – Kulusevski opens up on...