Dele Alli is never short of a headline or two and his goal celebration at the weekend has certainly got people talking.

The England midfielder returned to the Tottenham Hotspur starting line up for the Premier League opener against Newcastle United and helped his side to all three points by scoring the winning goal.

Dele met Serge Aurier’s beautiful cross with a well-placed header back across goal, leaving the keeper helpless to put Mauricio Pochettino’s side back in front just seven minutes after the home side had pulled level.

The 22-year-old who is known for his range of goal celebrations, held his hand up to his high in what is being perceived as a tribute to a very popular series of viral videos, which certainly aren’t suitable for younger viewers.

Without giving the game away, it was a ‘simply loveleh” finish and I’m sure Dele has “plenty more in the tank” when it comes to scoring goals. 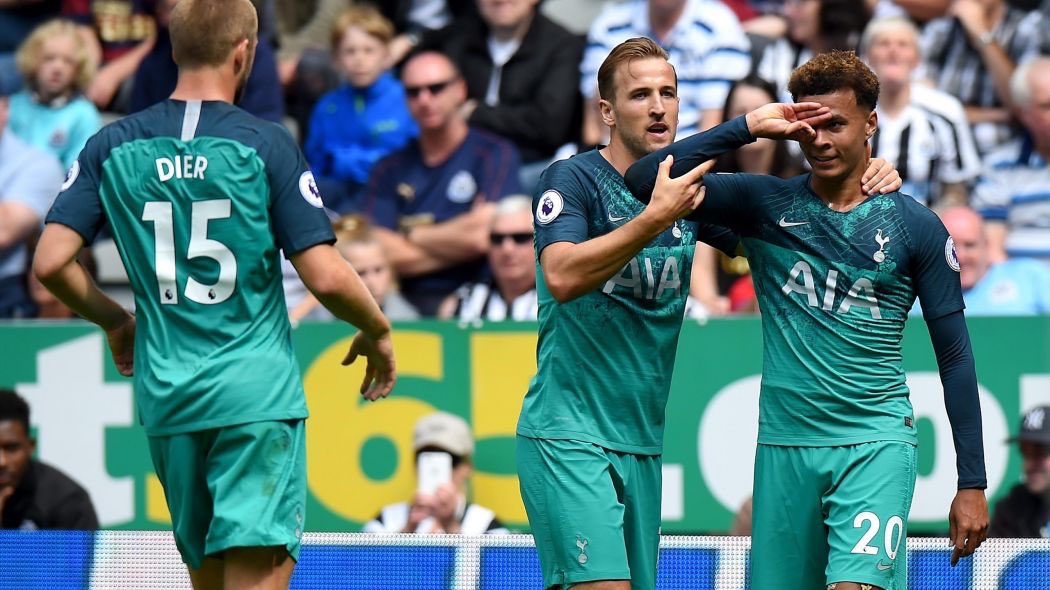 Report: Spurs interested in defender who could be free agent next summer

Report: FIFA to hold talks with Premier League which could impact Spurs

Report: Spurs interested in defender who could be free agent next...

Report: FIFA to hold talks with Premier League which could impact...