Fabrizio Romano has revealed that Tottenham were pushing to sign Gabriel Jesus during the summer transfer window before they turned their attention to Richarlison.

Jesus was linked with a move to Spurs during the summer, with The Daily Mirror claiming back in June that Antonio Conte’s men were trying to steal the Manchester City star from under the Gunners’ noses.

It was asserted that Conte was impressed by the Brazilian’s versatility and that Tottenham had made a move to ‘shatter’ Arsenal’s negotiations by offering Champions League football to the forward.

However, the 25-year-old ended up completing a move to the Emirates Stadium while Spurs snapped up another Brazilian forward in the form of Richarlison.

Romano has now confirmed that Fabio Paratici did make a concrete effort to sign Jesus from City in the summer but he explained that the striker preferred to join Mikel Arteta’s side since he wanted to be a regular starter.

Romano wrote in his CaughtOffside column: “Tottenham were pushing for Gabriel Jesus as a concrete option before while they were negotiating for Richarlison, this is Fabio Paratici’s style to negotiate for many players at the same moment; but for Gabriel, the choice was clear as he wanted to be a regular starter, exactly what Arsenal offered him.

“It’s fair to say that so far this move has worked out very well for all parties – Jesus looks really at home at Arsenal and has given them exactly what they needed upfront. As I wrote recently – it was Chelsea who made a genuine effort to hijack this deal.”

Jesus is a top player and would have fit in well with Conte’s system, given his ability to play across the front three. However, I have completely taken to Richarlison, both as a player and a character, since we signed him and would not swap him for the Arsenal man if given a chance. 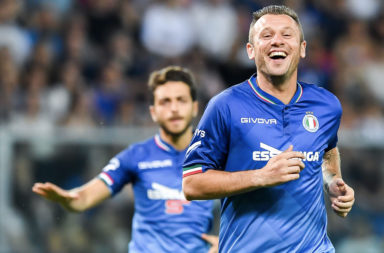