Former Denmark manager Age Hareide believes that Pierre-Emile Hojbjerg will thrive under Jose Mourinho at Tottenham with the midfielder having evolved into a leader with age.

Hojbjerg was considered a teenage prodigy at Bayern Munich, breaking into the Bundesliga giants’ first-team when he was just 17 and winning his first cap for the Danish senior side not long after.

While his ability was plain for all to see, there were question marks over the midfielder’s attitude as a youngster after he fell out with Hareide in 2016 and he was visibly upset by being taken off in a game against Montenegro.

Hojbjerg was subsequently not picked in Denmark’s squad for almost two years before finally being called back into the fold by Hareide after he had become an important player for Southampton.

The 66-year-old, who now manages Norwegian side Rosenborg, admitted that the 25-year-old matured as a player during his time away from the national side.

He said in an interview with Norwegian media outlet Nettavisen (as translated by Football.London): “He (Hojbjerg) became more than a team player and that was important to me.

“He may have thought a bit individually at first, he was concerned with himself, but he is a very good team player now.

“I think players often change a lot with experience and age. Then you realise that the team is the most important thing to be good yourself, and not the other way around.”

Hareide believes that Jose Mourinho could be the man to get the best out of Hojbjerg and lavished praise on the new recruit’s mentality.

He added: “I reckon that Mourinho intends to use him when he has invested in him. He is a robust player. He’s good with the ball.

“He has been very good in Southampton and was captain of the team there – that says it all. He has gradually begun to gain some international experience.

“He is an experienced player who is good at a lot – both duelling games, passing games and technique. He is a very skilled player.

“He deals [with things]. He is good and I think he learns all the time. Pierre-Emile was very young when he started in the Bundesliga, but he has learned all the way and was very central to Southampton’s team.

Mourinho has been vocal about the need for the squad to improve their mental strength and toughness and hopefully, Hojbjerg’s capture will help in that regard. I suspect that the midfielder’s leadership qualities and outspoken personality were as important as his technical and physical attributes in making him an attractive option for Mourinho. 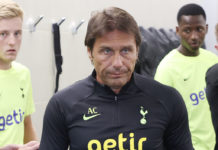 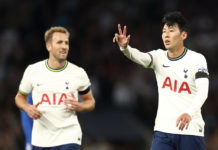 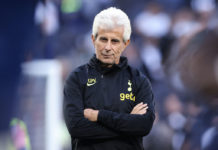