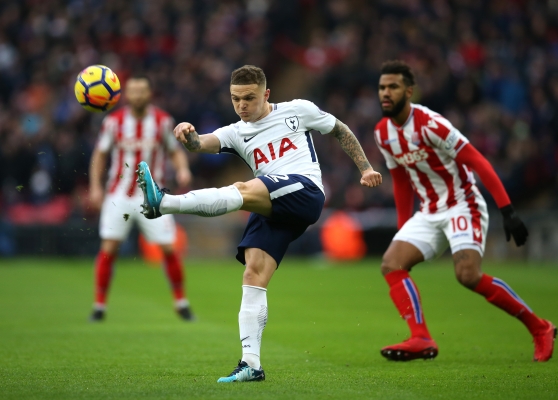 LONDON, ENGLAND - DECEMBER 09: Kieran Trippier of Tottenham Hotspur clears the ball while under pressure from Maxim Choupo-Moting of Stoke City during the Premier League match between Tottenham Hotspur and Stoke City at Wembley Stadium on December 9, 2017 in London, England. (Photo by Steve Bardens/Getty Images)