Tottenham Hotspur have released some new photos of the development of the huge south stand.

The single-tier stand within the new stadium will be home to 17,000 fans in the same style as Borussia Dortmund’s Westfalenstadium and will create an amazing atmosphere at the new Spurs stadium.

The club revealed on Thursday that the ‘trees’ are now being installed on site, which is a key construction aspect of the stand as they branch out to support the weight of the stand.  They each weigh a staggering 262 tonnes.

The trees have been designed in mind for the sliding pitch to move underneath the stand without issue.

Take a look at our gallery below:- 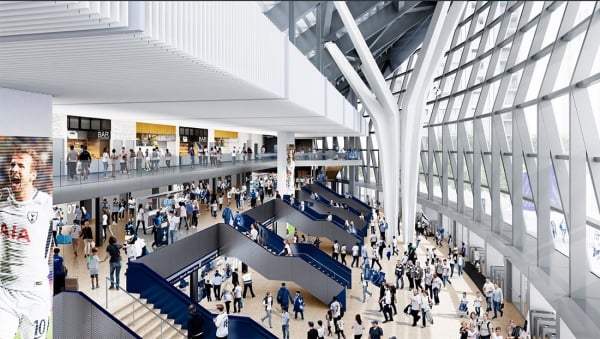 Do you think the stadium will be ready for next season?  Have your say below

Images are the property of Tottenham Hotspur.

Opinion: Heung-min Son’s stats in the Bundesliga vs Thuram and Gonzalez

Opinion: Heung-min Son’s stats in the Bundesliga vs Thuram and Gonzalez