Erik Lamela has revealed that he had the opportunity to move to Sevilla earlier in his career.

The midfielder earlier today completed his move from Tottenham Hotspur to the La Liga outfit as part of the deal that will see Bryan Gil swap Spain for North London.

Lamela bid an emotional farewell on Instagram to Tottenham fans after his move to Sevilla that brought an end to his eight-year stint at Spurs, following his switch from AS Roma in the summer of 2013.

Playing in La Liga was also an aim of Lamela’s before he decides to hang up his boots and expressed his delight at completing the move.

He told the official Sevilla website following a tour of the Ramón Sánchez-Pizjuán Stadium: “It’s the first time that I’ve been here, I’ve never played here before. The stadium is incredible. I took some official photos there. I’m delighted to be here.

“I had the opportunity to come here when I was younger, but I’m over the moon that I’m finally here. I’m delighted with the opportunity. I had teammates who spoke to me and I didn’t hesitate to join for a second.

“I really wanted to play in La Liga before retiring. I still have a lot left to give, and the opportunity right now is very exciting for me. Sevilla is a huge club which has won several titles. I’m over the moon. I’m going to give it my all to try and help the team in any way that I can.”

The 29-year-old also admitted that he had spoken to Sergio Reguilon about his experience with the former Europa League winners to get a further understanding of the club, the left-back spent the 2019/20 campaign at the Ramón Sánchez-Pizjuán Stadium while on loan from Real Madrid

He added: “I spoke with Reguilón a lot. Ever since his arrival to England he spoke wonders about the club. I knew that was the case – I know many Argentines who played here and they all speak well of the club. Fede Fazio, Perotti… I already knew it was a great club.”

While Lamela struggled with the ability to perform consistently during his time at Tottenham, partly due to his many injury issues, his tenacity and desire to win could never be questioned.

A move to Spain will suit his style better where he will get more time on the ball to show off his trickery and also the opportunity to revitalise his career. 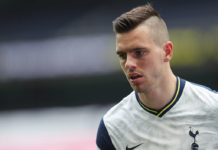