Dele Alli has revealed that he is looking forward to the new campaign ahead after a difficult eleven months.

The 25-year-old spent much of the last season frozen out by former boss Jose Mourinho before coming back into favour under temporary interim head coach Ryan Mason once the Portuguese had been dismissed by Daniel Levy.

The midfielder played just 15 times in the Premier League in 2020-21 having found opportunities hard to come by under Mourinho and was heavily linked with a move to Paris Saint-Germain during the January transfer window which would have seen him reunited with Mauricio Pochettino in the French capital (Fabrizio Romano).

Dele took to his Instagram live earlier today (14:57 – 14/7/21) and was asked about his thoughts of the season ahead and pre-season training under new boss Nuno Espirito Santo.

He said: “I’m super pumped for the new season.”

The England international has previously admitted that last season was the most difficult of his career to date and promised to return fitter and stronger (Instagram).

He added when asked about his pre-season experience this summer at Hotspur Way: “Training is tough.  That’s the way it needs to be.” 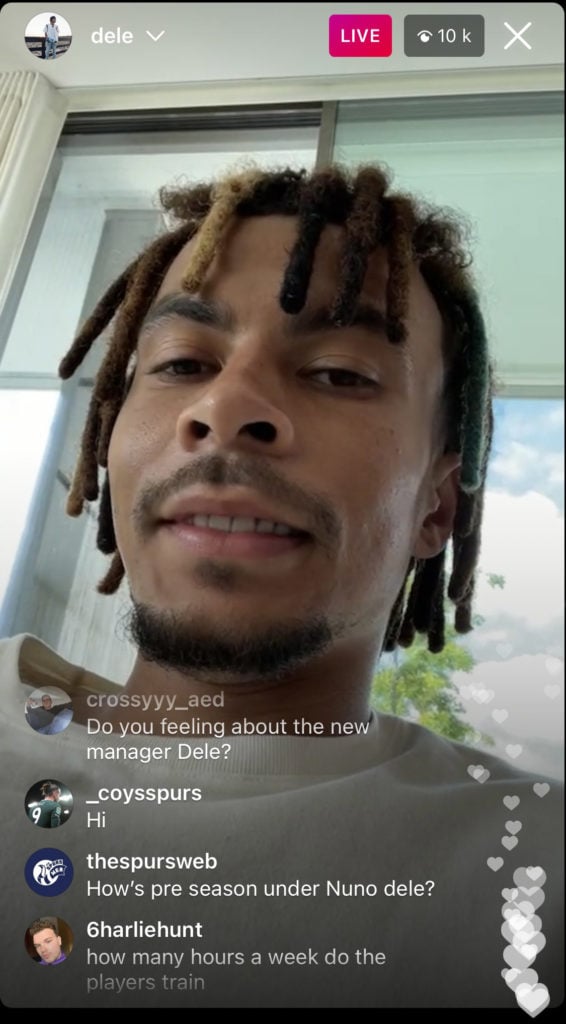 Dele is certainly saying all of the right things ahead of the new season, hopefully he will now do the talking on the pitch after seeing himself drop considerably down Gareth Southgate’s midfield pecking order.

Spurs have massively missed his creative output in the final third, which we were so heavily reliant upon.  It’s a massive season for him.