Jurgen Klinsmann has revealed that his former Tottenham strike partner Teddy Sheringham was the brainchild behind his iconic diving celebration.

Klinsmann is considered a Spurs legend by many Tottenham fans despite spending less than two years at White Hart Lane, which shows the kind of connection he had with the fan base. 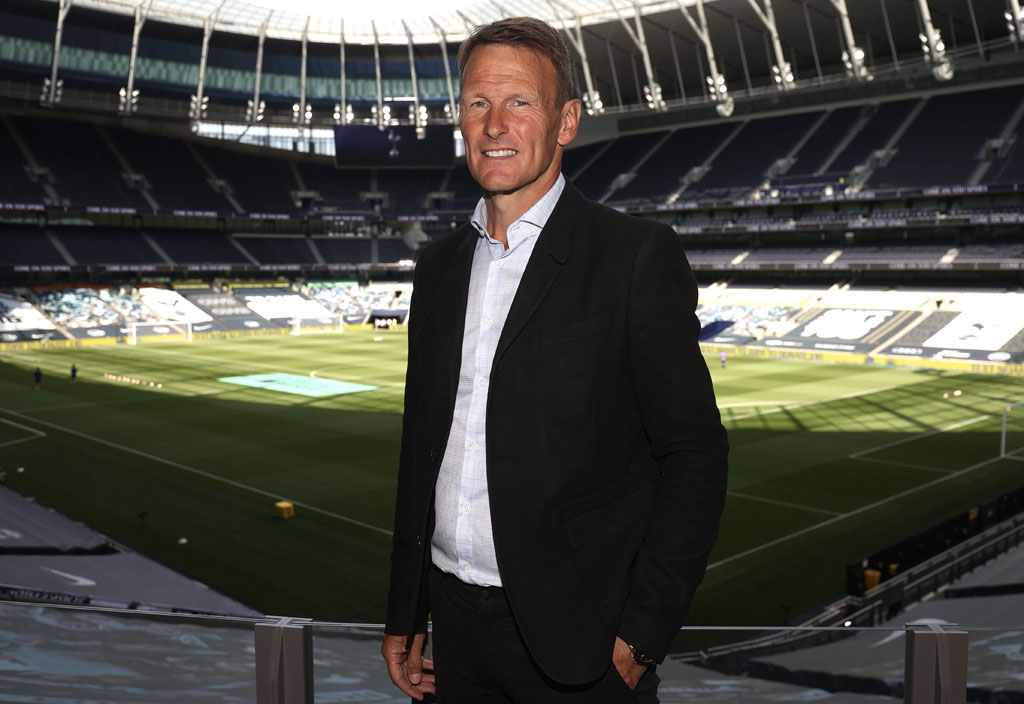 The German first arrived at the club in the summer of 1994 and had a prolific season in front of goal, finding the back of the net 29 times (Wikipedia).

That earned the striker a move to Bayern Munich, where he thrived for a couple of seasons before completing a transfer to Sampdoria.

However, when Tottenham looked under threat of being relegated from the Premier League in the 1997/98 campaign, Klinsmann returned to the North London club on loan and his goals helped the Lilywhites steer clear of the drop zone.

The 58-year-old has now revealed that he was always keen to experience English football and admitted that he thoroughly enjoyed his time in the country.

Klinsmann told The Daily Mail about his switch to Spurs: “You have to give Alan Sugar all the credit. He took the risk to take a German to England! For me, it was just a wonderful experience.

“We always watched English football when we grew up on the TV. I watched Liverpool, Kevin Keegan was one of my idols.

“So my admiration was always there and when I got the opportunity to come I did. I learned about all the little cultural things that make our two countries different and I just loved it.”.

The striker arrived from Monaco with a reputation for being a diver and when he scored the match-winner in his first game for Spurs against Sheffield Wednesday, he celebrated by throwing himself full length across the turf, which later became his signature celebration.

Klinsmann revealed that Sheringham suggested before the clash at Hillsborough that they should all dive if he got on the scoresheet.

When asked about the celebration, the former Spurs man said: “That was Teddy Sheringham’s idea. We drove up to the first game in the bus and thousands of Sheffield Wednesday fans were holding up signs with 5.7, 5.8 and 5.9 on.

“My teammates were cracking up. ‘This is your welcome message’, they said. Then Teddy said that if I scored we should all do the dive. I said, ‘Absolutely’ and it became a fairy story for me because I was able to do it.

“A couple of days later Teddy’s son told him I had to do it again as apparently all the kids in London were doing it in the parks and everywhere. Then came the next game against Everton at home and I did a bicycle-kick goal and we did it again.”

It is fair to say that Klinsmann’s celebration remains the most iconic celebration of any Spurs star, until this day. The only one that comes close is Robbie Keane’s cartwheel.

Kane, for all his goalscoring exploits, has quite uninspiring ways of celebrating his goals. Son’s camera celebration is decent but perhaps not at the level of Klinsmann’s or Keano’s.