Home News ‘Looks like a half-peeled tangerine’ – Some Spurs fans react to new...

FootyHeadlines have leaked a brand-new Tottenham kit this week, and it is certainly an eye-catching little number.

Spurs have already released their home and away strips for the new season, which each feature minimalistic Lilywhite and navy blue designs respectively.

However, there is nothing low-key about the latest potential leaked Spurs Champions League keeper kit, in all its orange glory.

The bright shirt features an orange two-tone pattern with bright yellow streaks running across diagonally and it is certainly causing a stir on Twitter. 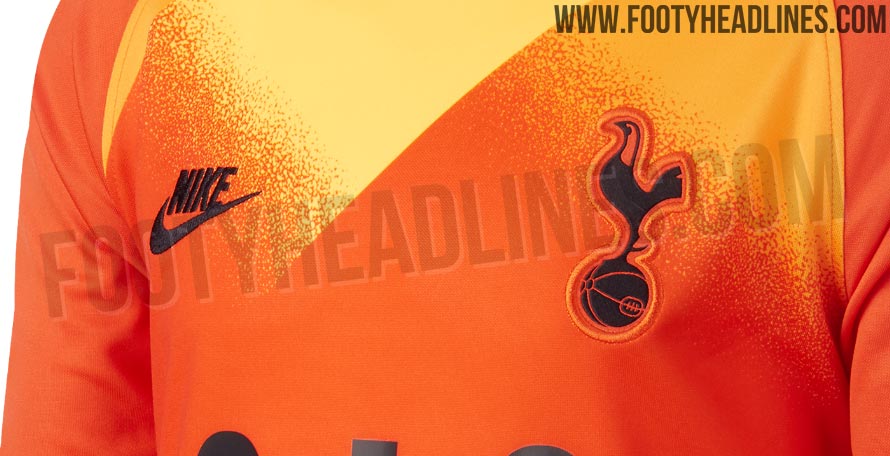 Here are how some Spurs fans reacted to the kit:

Gazza will pull it off

Like it. Keeper kits should be grotesquely vivid to cause as much of a distraction as possible

Report: Tottenham poised to listen to offers for three defenders this summer

Report: Spurs and Man Utd in four-way Premier League race to sign youngster on a free

Report: Spurs could launch a bid for another Juventus star this summer

Report: Tottenham poised to listen to offers for three defenders this...

Report: Tottenham poised to listen to offers for three defenders this...