Home News No room for Spurs players in Jose Mourinho’s best XI he has...
2
SHARES
ShareTweet

Jose Mourinho has picked his all-time best eleven from the players he has managed during his career so far, and unsurprisingly there are a plethora of world-class players who make the list.

In that time, he has won league titles in Portugal, England, Italy and Spain, while also being crowned European Champions on two occasions.

It came as little surprise that no Tottenham player made the list considering Mourinho has only been in North London for a few months but there was one Arsenal star who made the cut – Mesut Ozil, who shined under Mourinho at Real Madrid.

In fact, the eleven Mourinho picked was dominated by players from Chelsea, with him having managed eight of the eleven in one of his two spells at Stamford Bridge.

Here was the dream 11 that the Spurs boss picked as reported by AS: 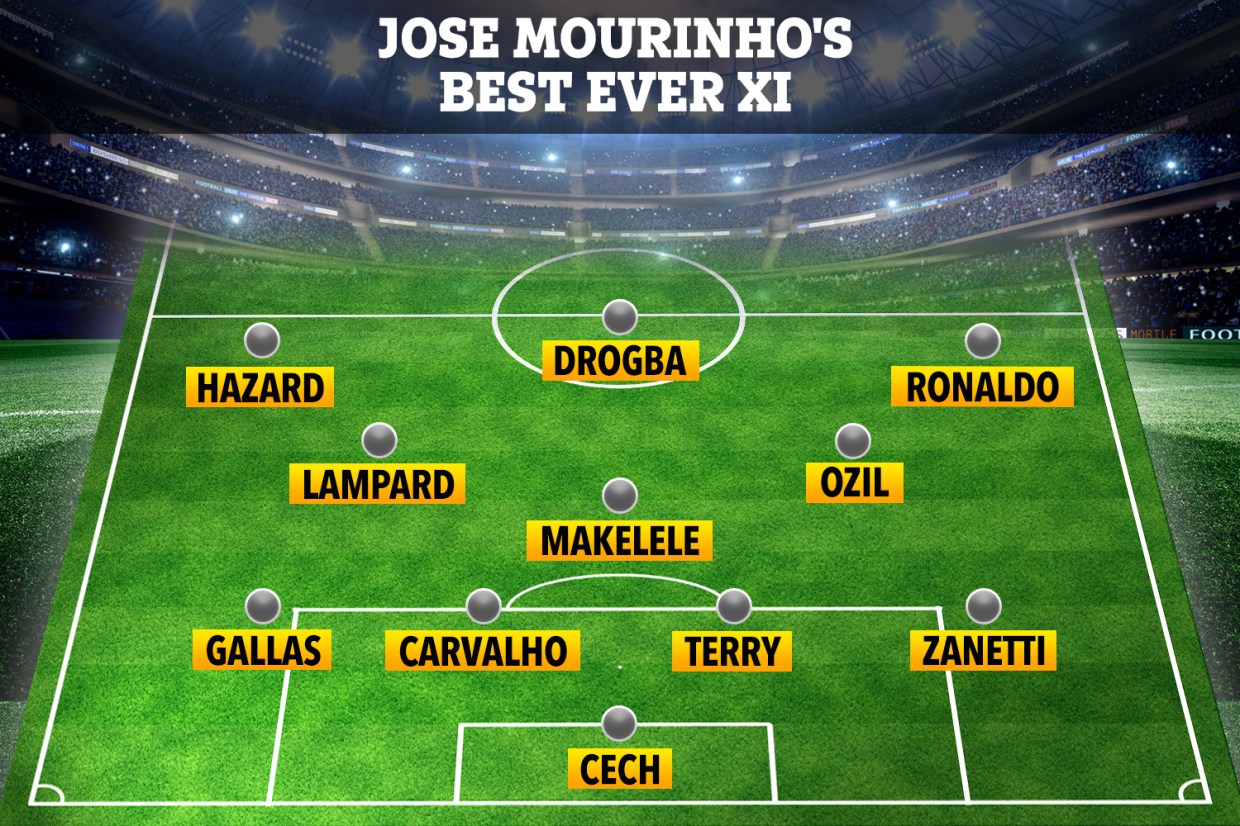 It is interesting to note that no Manchester United player made the cut either, which tells you that Jose was picking based on the collective success these teams achieved as well. Let’s hope that he wins a couple of trophies at Spurs and the likes of Harry Kane and Son Heung-min force themselves into his ‘dream eleven’ by the end of his reign at the club.

Video: Sir Alex Ferguson names three current Spurs players he would like to have managed

Video: ‘Volleying the ball over the fence’ – Jenas on team-mate who forced Spurs exit

Report: Spurs monitoring winger who has 32 goal contributions this season

German club eye 20-year-old Spurs player who is set to be...

‘Not putting in the work rate’ – Pundit claims Spurs could...

Video: ‘Volleying the ball over the fence’ – Jenas on team-mate...

Report: Spurs monitoring winger who has 32 goal contributions this season

German club eye 20-year-old Spurs player who is set to be...