The saga may have drawn out for much longer than any Spurs fan prayed for, but Cristian Romero is finally a Tottenham Hotspur player.

Year after year, Spurs have consistently chosen the cheaper option over quality. Think of last summer, we decided to sign Joe Rodon instead of Skriniar or Dias. It showed a lack of ambition, which has been evident for years at Spurs. Consistently, we have chosen quantity over quality leaving us unable to compete with the giants of the game.

However, with the signing of Romero, it seems like a change has begun in N17. Throughout the saga, there were rumours of a plan B for Spurs.

Reports stated that we could look to sign Milenkovic, Zouma and Tomiyasu for the same price as Romero (Fabrizio Romano). However, for the first time in years, Spurs didn’t get drawn towards this option with Levy choosing the quality over the quantity.

For me, this is all down to one man and one many only, Fabio Paratici. When the Italian was appointed this summer, every Spurs fan thought it could be the start of a change in direction. No more Levy taking control of transfers, and instead we got one of the best sporting directors in the world.

His knowledge and understanding of the game is as clear as daylight, with signings bringing younger, promising players to the white side of North London.

Fabio has already added Gollini and Gil to the squad, two very interesting additions. Once you add Romero to this, it is clear Paratici knows what he is doing.

The hope for all Spurs fans is that Paratici continues to be attached to his phone 24/7. We all hope he adds the likes of Damsgaard, Tomiyasu and Vlahovic to our squad.

However, if we go back to Romero, this could be likened to Liverpool signing Van Dijk or City signing Dias. Last year, fans had the pain of Dier, Alderweireld and Sanchez creating countless opportunities for our opponents. If it wasn’t for our defence, we could have easily finished within the UCL places.

With Romero, joining it will allow us to play with more composure at the back with the possibility of having other defenders learning from his unquestionable skill. The Argentine offers bright things for the Spurs defence, hopefully leading to a successful season for Nuno’s men.

Romero is one of the best signings Spurs have made in recent years, and it finally shows that we are capable of spending money (even if it is a few years too late). 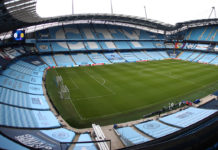 Fabrizio Romano reveals what sources have told him about new Spurs...

‘Never been the same’ – Club legend gives honest assessment of...

Fabrizio Romano reveals what sources have told him about new Spurs...