With Brighton vs Tottenham just around the corner, which represents fourth vs third in the current Premier League table, we thought we would take a look at some combined XIs.

And who better to speak to than the founder of BHA Today, LetsTalkBHAFC podcaster, and freelance journalist, Charlie Haffenden?

We decided to make two combined XIs each, one based on current form, and one based on reputation. Of course, Brighton are in terrific form at the moment, while Spurs are enduring somewhat of a lull. However, the Lilywhites have some big names who we just had to get in there somehow.

So, if the Seagulls won their game in hand 3-0, the two teams would be on equal points and goal difference! 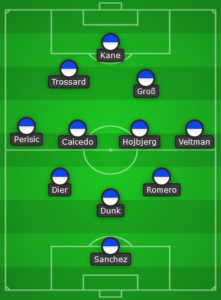 When doing ours, we went for a very similar XI, bowing to the fact that Brighton are in much better form at the moment and look so free-flowing. Although Dier specialises in the centre of a back three, him and Dunk are both too in-form to leave out. 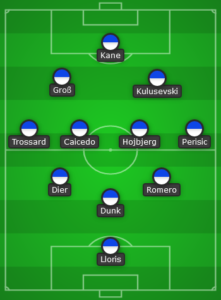 Next up was the on-paper XI, based on who you would choose if all players were on top form. Thankfully, there was a far heavier Tottenham presence with this one. 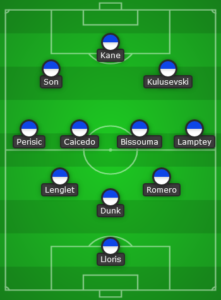 And finally, for our combined on-paper XI, we backed our boys to find their form again, although we did borrow Tariq Lamptey to completely transfer the right-wing-back role. 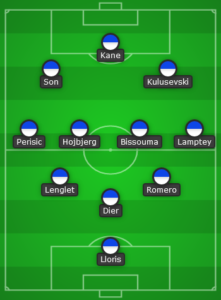