With the World Cup break in full swing, now seems like a good time to reflect on each Tottenham player’s season thus far, so here’s a grade out of 10 for each of Antonio Conte’s squad.

Before we dive in, only players with 300+ minutes have been counted, so the likes of Lucas Moura, Djed Spence, and Oliver Skipp miss out. 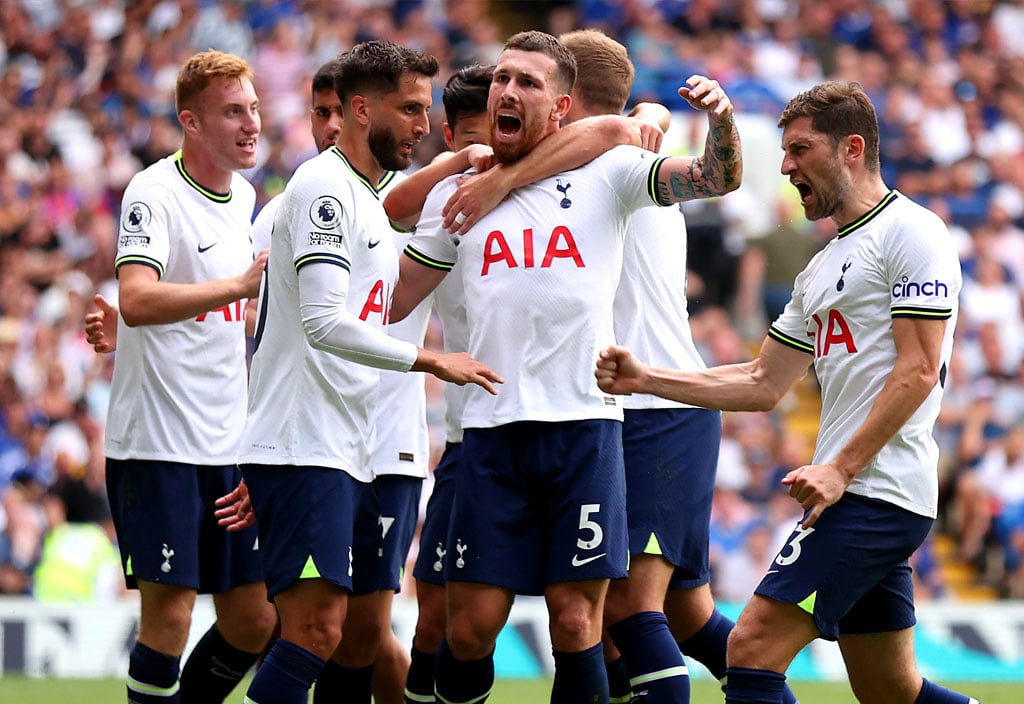 In keeping with his overall Tottenham career, the first half of Lloris’ 2022/23 has consisted of high highs alongside low lows.

The Frenchman has put in big performances and made numerous important saves, however has also been at fault for some high-profile errors which has been costly to Spurs.

Overall, Lloris has had a decent first half to the season, but several unforced errors certainly play a part in his rating.

Having spent much of the season recovering from an injury, Doherty’s game time has been fairly minimal at this point.

When he has played, the Irishman has provided the attacking, forward-thinking spark synonymous with a Conte wingback but is still to register a goal contribution this season (Transfermarkt).

In truth, there’s not much to say about Doherty although he will hopefully be a more prominent figure in the new year.

Possibly the most controversial player for Spurs this season, Emerson has certainly caught the attention of fans in one way or another.

Despite continuous sub-par performances with little to no attacking threat or end product, the Brazilian still remains Conte’s apparent first choice at RWB much to many fans’ anguish.

Emerson is no doubt the weak link in an otherwise strong starting Xi and unfortunately – but deservedly, ranks as Spurs’ worst player so far this season.

After a barnstorming first season in North London, whilst still robust, Romero has certainly been more reserved this campaign.

In fairness, injuries have plagued the Argentine, clearly struggling with fitness evidenced in the step back in his performances.

However no when fit, Romero is still a mainstay for Conte and perhaps Tottenham’s best defender so fans will be hopeful for a Rolls Royce return post-Qatar.

In a season where Dier has finally, and rightfully, regained his place in the England squad, he has had somewhat mixed form for Tottenham.

Having missed just one game in all competitions, the Englishman has been ever-present in Conte’s side, mainly acting as the commanding figure in a well-organised backline.

Whilst his mistake against Liverpool was costly, other good performances certainly atone for this error leaving Dier as one of Tottenham’s first-choice defenders.

Fans were unsure what to make of Lenglet upon his arrival from Barcelona, however, the Frenchman has quickly put any questions over his ability to rest becoming an important member of the side.

His defending and composure makes him a safe bet at the back, whilst his range of passing owing to a strong left foot has seen him garner praise from fans.

The defender has gradually played himself into the side becoming a valuable member of Conte’s squad offering at least in part the reinforcements Spurs needed at the back.

Ever-dependable, Davies has once again been a continuous member of Tottenham’s backline this season with his impressive performances earning Conte’s trust.

Moreover, Davies found his shooting boots in the later stages of the pre-World Cup season with two goals in important wins over Bournemouth and Leeds.

His hard work, intensity, and robustness don’t go unnoticed by Spurs fans being an important member of Conte’s squad.

Featuring mainly as a backup and occasionally from the bench, Sanchez has had a decent start to this season.

Whilst Conte clearly favours other options over Sanchez, he remains an able deputy, but still has a calamitous, unforced error from time to time.

Again, with little football to his name, there’s not a great deal to say about Sanchez, however that’s ultimately a good sign for Spurs fans.

The announcement of Perisic was met with great excitement from Spurs fans with the Croatian quickly showing why Conte was keen to bring him to N17.

The wingback boasts a solid seven assists across 21 games in all competitions, being a mainstay in the Champions League and regularly appearing domestically.

In a season ruled by injuries for Tottenham, Perisic’s versatility has certainly been a useful asset and continues to be a steal on a free transfer.

Being in and out of the team, Sessegnon has had a mixed first half to 2022/23. The Englishman made a promising start with a strong performance at Southampton but has ultimately failed to kick on and looks to be second choice behind Perisic.

Two Premier League goals from 12 appearances sees the wingback on track for his best return to date for Spurs, however, you still can’t help but feel he isn’t fulfilling his true potential.

Slowly but surely, Bissouma has grown into a mainstay for Tottenham this season. Since the switch in system to a 3-5-2, the Malian’s work rate, defensive presence and general game management has been important for Spurs; looking more comfortable in Conte’s system week-by-week.

He perhaps hasn’t hit the heights first expected when news broke of his arrival, but he is gradually becoming an important cog in the Spurs team.

Despite still not doing enough to convince some Spurs fans of his quality, Hoijbjerg has no doubt been one of Conte’s most reliable assets this season.

The Dane has remained a pillar in midfield, regularly breaking up play and receiving the ball from deep, and with three goals and two assists in the Premier League this season looks set for his best attacking campaign to date.

Moreover, his last-ditch goal in Marseille clinched top spot in an unnecessarily tough Champions League group stage; intrinsic to his value to the side so far this campaign.

Like Hojbjerg, Bentancur has been ever-present in Spurs’ midfield and a vital part of Conte’s side.

His composure, close control, and dribbling make him near untouchable in midfield, whilst again akin to Hoijbjerg, the Uruguayan has added goals to his game, helping seal a valuable win at Bournemouth with his late strike then again with a brace against Leeds.

Ranking as the 16th best Premier League league player this season (Sofa Score), Bentancur’s performances have quickly seen him become a fan-favourite at N17, increasingly looking more and more like a bargain.

Unsurprisingly, Kane has once again been one of Tottenham’s standout players this season.

To the wider audience the explosion of Erling Haaland may have seen Kane fly under the radar, but Spurs fans are acutely aware of the quality he has shown this season.

12 goals in 15 Premier League starts leaves Kane second in the scoring charts, however it’s the Englishman’s all-round game that sets him apart from other forwards.

Having been Tottenham’s saviour on several occasions already this campaign, Kane certainly deserves his place among Spurs’ top performers.

After a stellar, golden-boot winning 2021/22, Son hasn’t quite gotten off so far this season.

A combination of misfortune and poor performances leave the Korean with just three Premier League goals – all of which came in a substitute appearance against Leicester; a far cry from the elite-level output Spurs fans have become accustomed to from the winger.

Hopefully, Son will return to form in the second half of the season, but considering his drop-off thus far it’s hard to rate the Korean any higher.

Richarlison’s early games at Spurs have left many fans divided, with some critical of his lack of output yet others pleased with his persona and work rate.

With just two goals and three assists in 15 games across all competitions, the concern around the forward is understandable, yet he is far more than just a goal scorer in Conte’s system.

The Brazilian’s intensity and tenacity are evident in every game he plays, seldom failing to leave his mark. Moreover, Richarlison finally represents the backup to Kane fans have been crying out for, and all-in-all the early signs look promising.

Despite being sidelined for a large chunk of the season, Kulusevski remains highly influential for Spurs. The Swede has a goal and five assist in nine Premier League appearances – seven of which he started, with his creativity being a notable absence during his time on the treatment table.

When fit, he’s been one of our top performers, with Conte hoping he can remain healthy for the post-World Cup portion of the season.