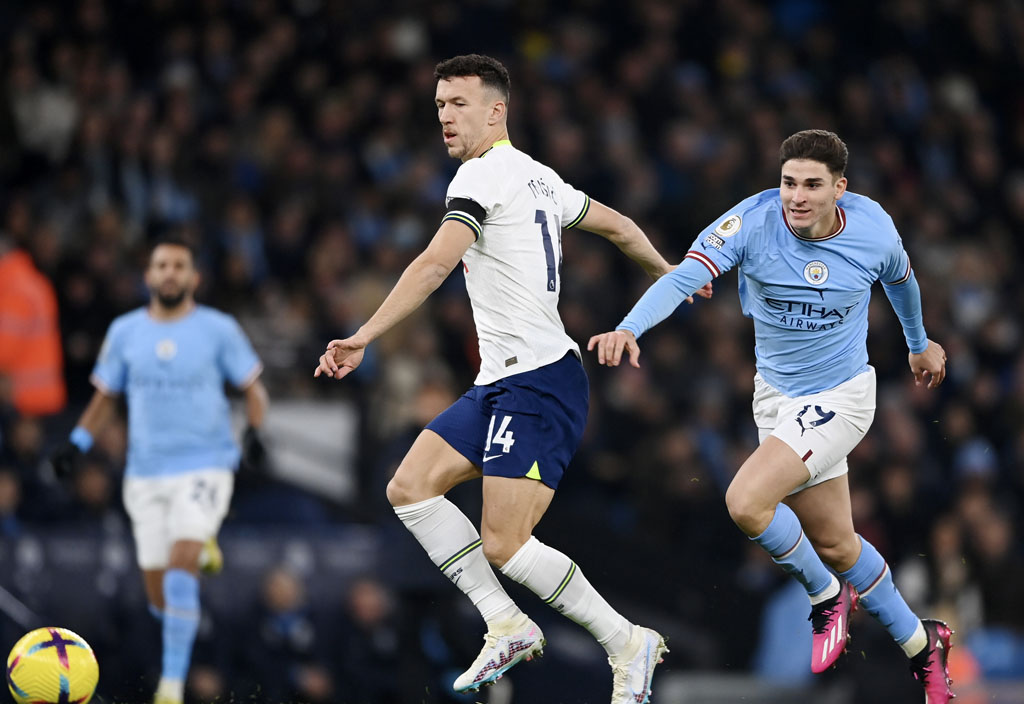 Hugo Lloris – 3 – Yes, he made a great save to keep the score at 0-0 but Hugo just doesn’t fill you with confidence at the moment. Tried to flap the ball away for Alvarez’s goal, and got beaten at his near-post (albeit by a deflection) for Mahrez’s first.

Emerson Royal – 5 – He scored so I have to bump him up a little but Emerson struggled to have any meaningful impact in the second half. As always, looks like a defensive right-back playing on the wing.

Cristian Romero – 6 – Typical no-nonsense performance and I thought he competed well. Even during his off days, he at least lets the opposition know they are in a fight. Needs some world-class, steady defenders around him.

Eric Dier – 4 – Did not read the game at all well today. Missed the ball a couple of times when going up for a header and misplaced a few key passes too. Much like Hugo, he was in stellar form but doesn’t fill you with confidence right now.

Ben Davies – 4 – Very similar to Dier. Just seemed a bit all over the place at the back. Mistimed so many challenges and headers today. When Spurs needed composure, he provided the opposite.

Ivan Perisic – 4 – Mahrez skipped by him for fun at times, especially for Alvarez’s goal. He also missed a golden chance to make it 3-2 to Spurs. Good at times by overshadowed by those key shortcomings.

Pierre-Emile Hojbjerg – 6 – Incredible in the first half, Hojbjerg was in combat mode, pressing high, winning the ball back, and starting important attacks. In the second half, Spurs dropped so deep and all that good stuff went away.

Rodrigo Bentancur – 8 – It seems weird someone getting an 8 when Spurs lost 4-2 but this guy was class, especially in the first half. His pressing and positive passing was at the heart of every good Spurs move, especially Kulusevski’s opener. Good to have him back.

Dejan Kulusevski – 7 – Tottenham’s most potent attacker. Took his defenders on for fun and beat them more often than not. Took his goal well and was unlucky not to get an assist or two. Wonderful player.

Harry Kane – 7 – Played well in fleeting moments. In these types of games, he is so often the spark to light an attack. He won the ball back to create Emerson’s scoring chance and also played Kulusevski through in the build-up to Perisic’s big miss. It must kill him to watch Tottenham defend.

Heung-min Son – 4 – Just was not in the game at all. I can’t even say he played poorly, he was just barely involved which is really sad to see.

Ryan Sessegnon – 5 – Came on to add fresh legs on the left but nothing really changed.

Clement Lenglet – 3 – Barely had more than a cameo and still gifted Man City a goal with a horrid first touch as the last man.