Pep Guardiola has seemingly levelled criticism at Manchester City’s home support by admitting that he only heard Tottenham’s travelling contingent at the Etihad Stadium yesterday.

Tottenham needed to respond on the back of their disappointing loss in the North London derby and Antonio Conte certainly got the response he was looking for from his players, who put their bodies on the line and delivered an impressive first-half display. 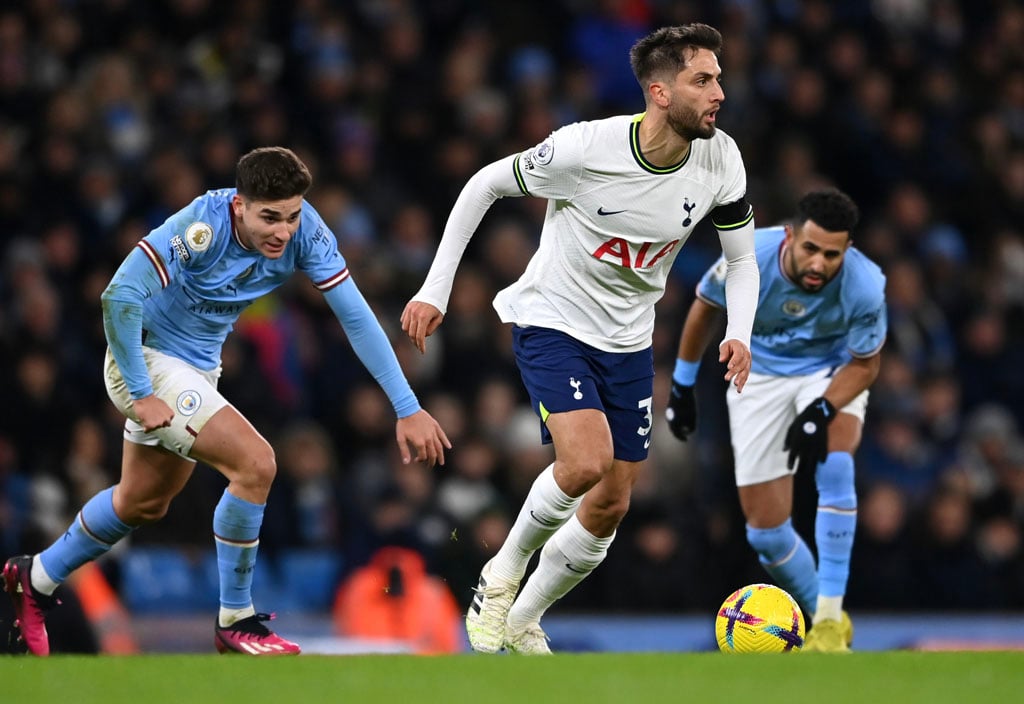 However, despite carrying a 2-0 lead into the interval, the away side could not make it count, with some lapses at the back once again costing them in the second period.

Spurs might have been on the end of a 4-2 loss but they certainly silenced the home crowd for the majority of the encounter, with boos even echoing around the Etihad at the haft-time whistle.

However, Guardiola insisted that there was nothing wrong with his side’s first-half display, remarking that they came up against a ‘fantastic’ team.

The City boss said (via Manchester Evening News): “I’m incredibly happy. But without change we aren’t going to win anything.

“I said ‘I don’t care if we don’t win anything’, I said the last years I said I have to see my team, you have to have passion for something. If our fans are comfortable, are you going to tell me we played bad in the first half? Absolutely not.

“Against that team plays a good build-up, what a striker Harry Kane, Kulusevski, Son, even Bentancur, Hojbjerg. The organisation they have.

“I’m sure people wouldn’t agree with me but they are a fantastic team. We didn’t concede anything. At the beginning of the game, you have to see something is wrong and react. It’s too late.”

Guardiola also admitted that the Spurs fans were much louder on the day.

He continued: “Play bad? No. We always play good. The quality we have we do it. It’s not about that, now I’m happy they prove me. We give the goals, today it’s Eddy or Rodri. The other day will be a central defender or full-back.”

He added: “I’m here and I just listen to Spurs fans.”

Guardiola: "I'm here and I just listen to Spurs fans."

Tottenham’s away fans have always been one of the best in the league, and tend to sing their hearts out, irrespective of the result. Our home support can learn a thing or two from the travelling contingent when it comes to getting behind the players as boos at half-time are not rare at the Tottenham Hotspur Stadium either.