Kate Kane posted a photograph of Harry involved in an embrace with Dele Alli and Heung-min Son following the final whistle at the King Power Stadium along with a tear emoji and tagging in the three players.

Kane’s future in North London has been the subject of intense media speculation over the past week after Sky Sports claimed that the forward has reiterated to the club that he wishes to leave this summer.

The 27-year-old also admitted in an interview with Gary Neville where he went public with his desire to leave Spurs, saying his future is up to him (The Overlap).

Kane rounded off his season with a goal which took him to 23 in the top flight this season and secured the Premier League golden boot, finishing one ahead of Liverpool’s Mo Salah.

Kate’s photo appeared on her Instagram story which has been shown below. 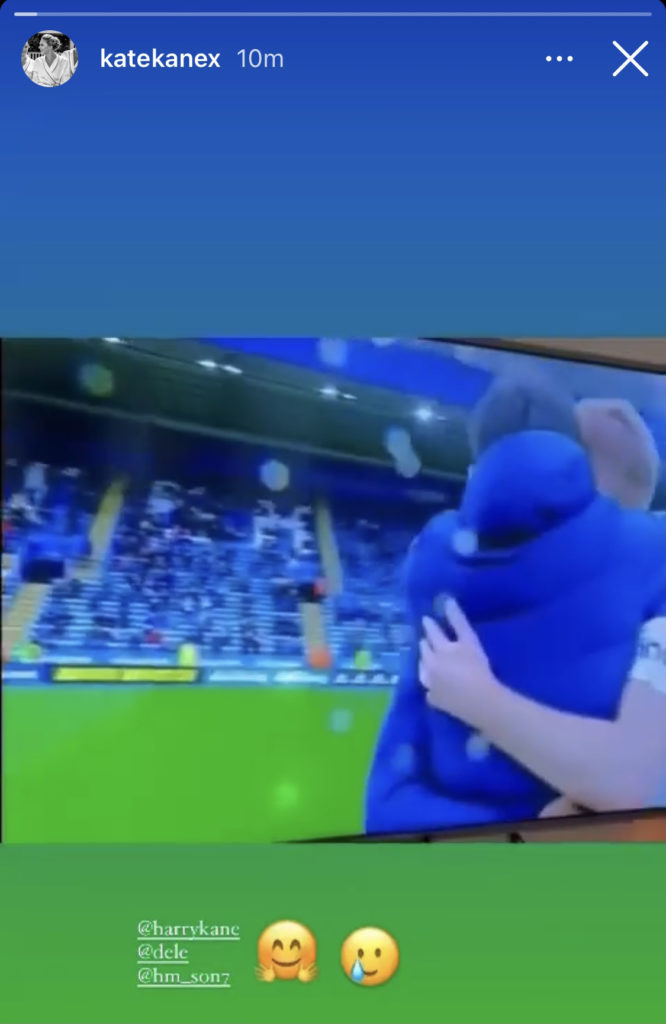 Report claims what Harry Kane’s next steps will be if situation...

Harry Kane’s agent admits he was left ‘quite emotional’ after Spurs’...