Tottenham Hotspur face Arsenal in the North London Derby this weekend as they look to keep pace with the rest of the clubs in the hunt for the Premier League top four.

The Gunners have been running away with the league of late, but Conte and his Lilywhites will want to put a stop to that at the Tottenham Hotspur Stadium.

We believe that Hugo Lloris will retain his place between the sticks, with a back three of Ben Davies, Eric Dier, and Cristian Romero. Meanwhile, Ivan Perisic and Matt Doherty will line up in the wing-back roles for the day.

In midfield, the match unfortunately comes too soon for Rodrigo Bentancur, meaning Pierre-Emile Hojbjerg is partnered by Yves Bissouma, who has struggled to get going in a Spurs shirt.

However, there is good news as Dejan Kulusevski returns in time to start on the right, reuniting that deadly trio alongside Harry Kane and Heung-min Son.

What starting XI would you choose for the North London Derby? 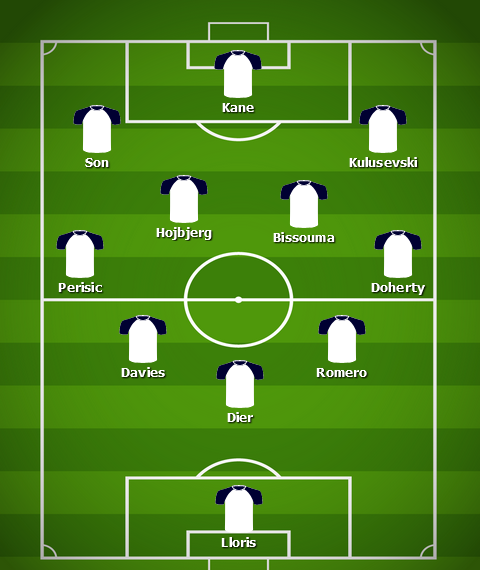