Tottenham Hotspur are in action this evening against Manchester City, a tough task to face away from home after a North London Derby defeat to Arsenal just days ago. 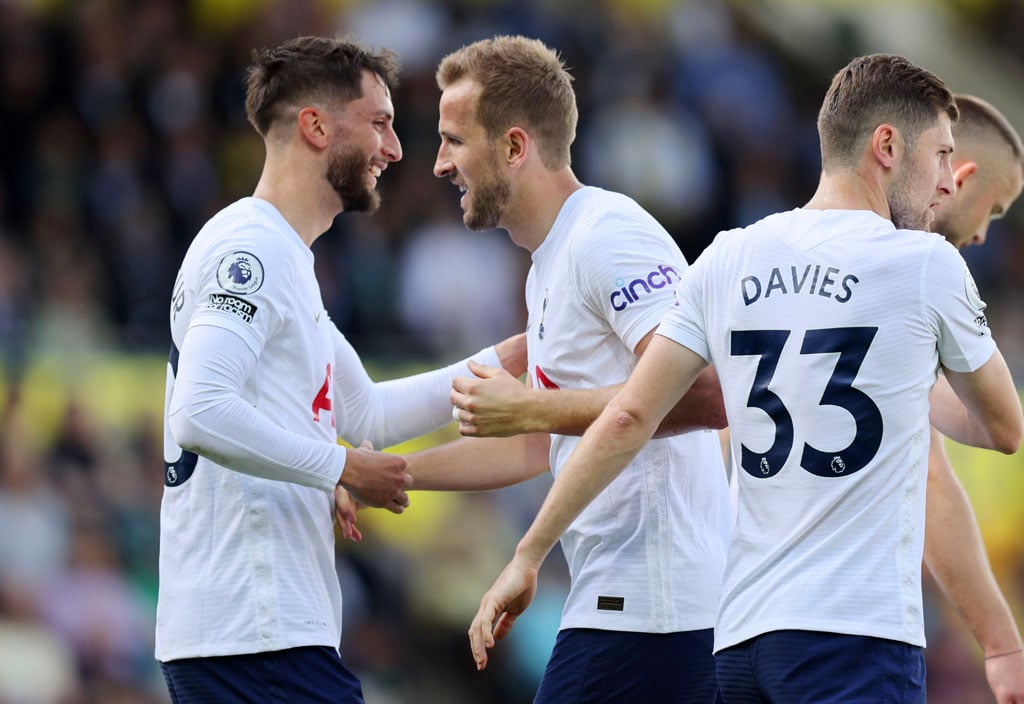 We believe that Antonio Conte will stick with his 3-4-3 formation, although at times during the derby at the weekend it looked as though a three-man midfield could work in Tottenham’s favour.

Hugo Lloris retains his spot between the sticks despite his costly error against the Gunners, while Conte makes one change to the back line with Ben Davies replacing Clement Lenglet.

At wing-back, Ivan Perisic returns to the XI after Ryan Sessegnon had somewhat of a torrid time of it against Arsenal, while Matt Doherty remains the preferred right-wing-back option.

Rodrigo Bentancur finally makes his return to the lineup for the first time since the World Cup, partnering with his normal buddy in Pierre-Emile Hojbjerg.

Conte names a strong front line of Heung-min Son, Harry Kane, and Dejan Kulusevski, all of whom have caused Man City plenty of problems in the past. 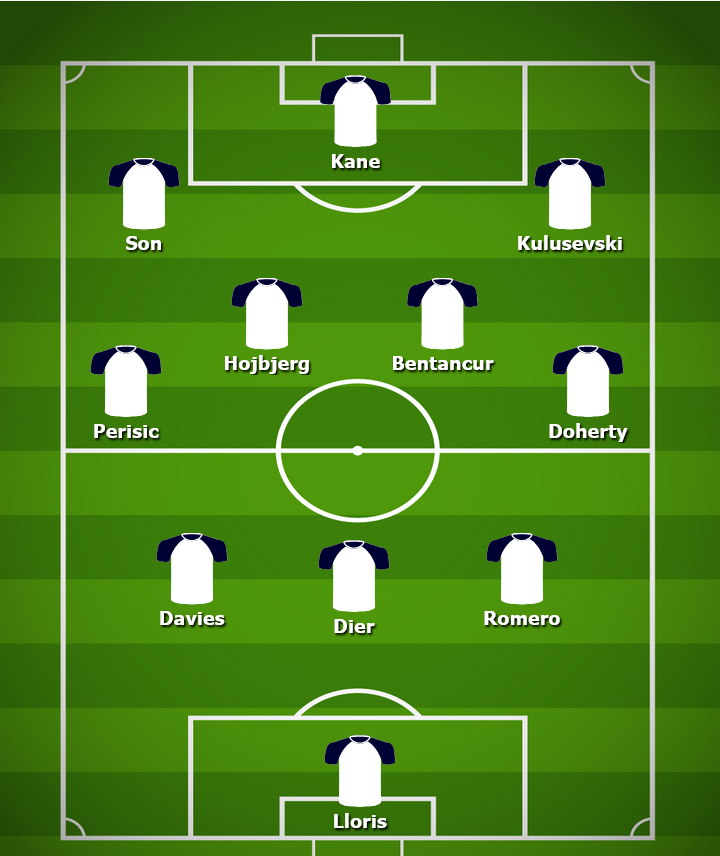