Kevin Phillips has claimed that Marcelo Bielsa would find it difficult to turn down the Tottenham job if it was offered to him.

Plenty of names have been linked with the Spurs hot seat since the club announced Jose Mourinho’s sacking a week ago.

Julian Nagelsmann was thought to be Tottenham’s number one target before he took the Bayern Munich job, but the likes of Maurizio Sarri, Massimiliano Allegri, Rafael Benitez, Gareth Southgate and Roberto Martinez are also said to be on the club’s radar.

Bielsa has not been mentioned as one of Tottenham targets but former Spurs midfielder Jamie O’Hara admitted last week that he would love to see the Argentine take over at the North London club.

Despite the project that Bielsa is undertaking at Elland Road, Phillips believes that the 65-year-old would be tempted to jump ship if Spurs came calling.

The former Sunderland striker told Football Insider: “It just depends how badly a club wants you.

“Even if a club wants you that badly and they’re willing to pay millions to get you, as a manager you’d go in and say ‘I want complete control’.

“We know what Bielsa is like, he’d have no problem in managing Tottenham, it wouldn’t phase him one little bit.

“Would he leave Leeds? Spurs are a huge club and when you look at them, they’re in the capital, they have that stadium, sometimes it can be hard to turn down.

“He’s got a project in his head that he wants to fulfil so he has unfinished business at Leeds but you never know, if Spurs come knocking it will be hard to turn down.”

I do not believe Bielsa is likely to be on Tottenham’s radar as the Argentine has struggled to fulfil expectations whenever he has been given charge of a decent-sized club.

He is also someone who is very particular in terms of his demands and does not have a reputation of being easy to work with.

History also suggests that the 65-year-old never hesitates to resign in the middle of a project if he is not happy with the way things are going. 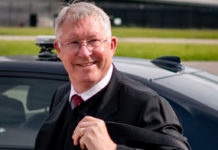