Former Sunderland striker, Kevin Phillips, has claimed that Tottenham need at least four new signings in the summer in order to challenge the top sides next season.

Multiple reports have suggested that the Lilywhites are unlikely to have a big transfer kitty this summer and will be focusing their efforts on free agents, loan deals, and bargain transfers (Telegraph).

The club also recently revealed that they had taken out a £175million loan from the Bank of England to help combat projected loses of around £200m as a result of the pandemic (BBC Sport).

Danny Mills has previously suggested that there will be question marks raised if Spurs spend big money in the summer following such a loan from the UK’s central bank.

However, Phillips believes that some of that money would need to go towards financing transfer moves if Jose Mourinho is going to have a competitive team to work with next season.

When asked about the loan that Spurs had acquired, the former Golden Boot winner told Football Insider: “It is tough because it is a lot of money to borrow.

“You wonder whether the funds are going to be given to Jose. I imagine will have to dip into the transfer market and wheel and deal.

“If Spurs want to challenge for any honours next year then there is three or four areas which really need to be addressed and that will cost money.

“It looks like Giroud is back on their list so that could be possible. It would not be a bad price and he would be a good fit as a back-up striker.

“It will be interesting to see what comings and goings come at Tottenham.”

Daniel Levy is not likely to take risks in the transfer markets when there is as much as uncertainty as there is now. I would be extremely surprised if we signed anyone for over £20million this summer. 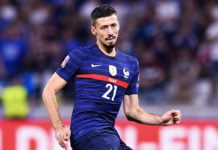