Sam Saunders sang the praises of Tottenham Hotspur’s Dane Scarlett this week on Sky Sports, as the 18-year-old continues to enjoy a productive loan spell at Portsmouth.

With the World Cup being held in Qatar and Premier League football on a break, Portsmouth vs Wycombe Wanderers was one of the televised English matches this week. Dane Scarlett was named in the Pompey starting line-up, although the League One side lost 2-0 to Wycombe on the day. 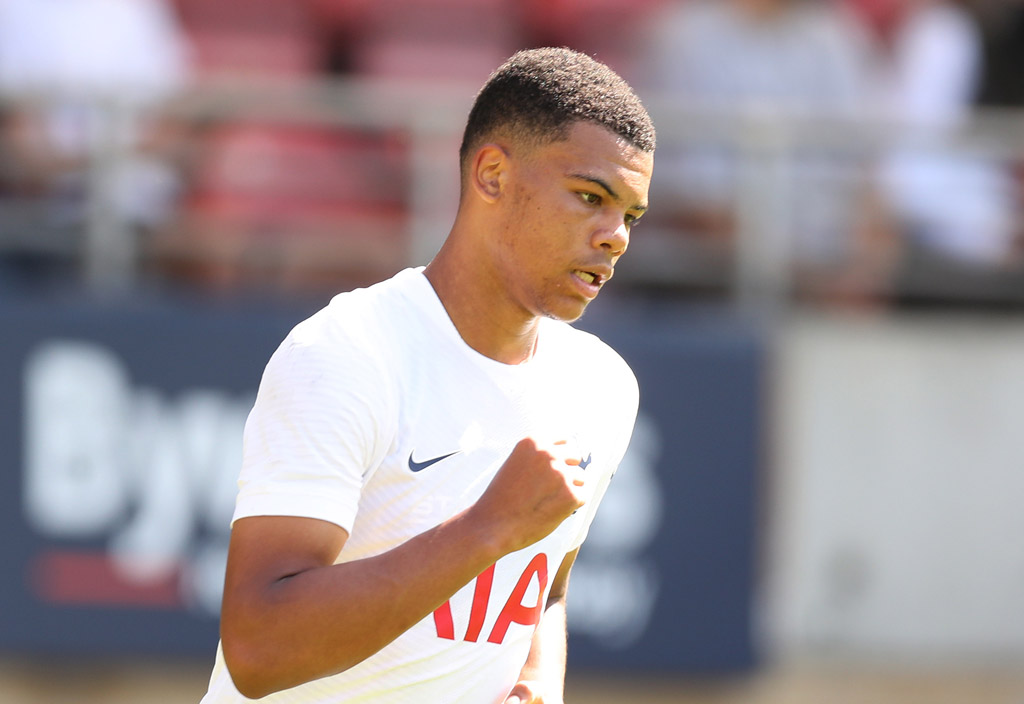 Scarlett has five goals and two assists from 23 appearances across all competitions this season for Portsmouth, which may not sound like a lot but this is the teenager’s first loan spell in his career (TransferMarkt).

Pompey manager Danny Cowley has been singing the praises of the Spurs starlet all season, even recently telling Portsmouth News that Scarlett recently put in the best defensive display he had seen from a number nine in 15 years.

Saunders continued this praise on Sky Sports (4/12 12:17 pm): “It’s his first real loan, and young players they come up and down.

“The good thing is he’s going out on this loan and he’s getting lots of minutes, so he’s only going to improve off the back of that.

“We all saw what he did with England in the summer, [he’s a] top player, a good talent, and this loan will do him the world of good.

“He’s still got five goals, he plays most weeks so he must be doing other stuff as well as just scoring.

“As I say I think there’s a real talent there, and I’m looking forward to seeing him in the flesh today.”

Everyone Scarlett has played under had had good words to say about him, including pundits and teammates too. I am excited to see if he can make the step up to the Championship next season and compete at Tottenham by the time he is 20/21.