Football.London have revealed that Japhet Tanganga missed the clash against Eintracht Frankfurt last night due to injury.

Antonio Conte is without some key players at the moment, with Dejan Kulusevski missing with a hamstring problem and Lucas Moura sidelined with a calf injury.

While the Swede is expected to be out for a couple of weeks (Daily Mail) Conte admitted over the weekend that Moura’s injury is more of a concern since the Brazilian is not recovering as expected (Football.London).

Spurs did receive a boost yesterday with Ben Davies returning to action after missing the Premier League matches against Arsenal and Leicester, with the Welshman coming on as late a substitute for Clement Lenglet in the second half.

However, one notable absentee from the bench was Tanganga and Football.London have now explained that the 23-year-old’s absence was as a result of an injury.

The report does not shed light on the nature of the defender’s injury or how long he is expected to be out of action.

Tanganga’s absence is not really a major blow for Spurs as Conte does not seem to trust the 23-year-old much anyway. However, it is concerning from Tanganga’s perspective as the Spurs academy graduate’s career has been consistently hampered by injuries since he broke into the Tottenham side. 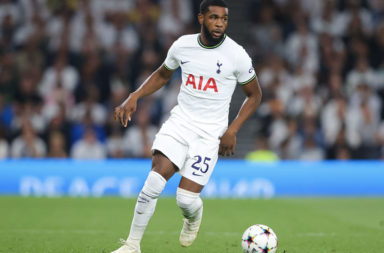 Three injured Tottenham players spotted back in training this morning

Report: Seven players who will train with Conte during international break