According to the print edition of La Repubblica (as relayed by Sport Witness), Real Madrid would have first pick on Antonio Conte over Tottenham.

The news did not exactly come out of the blue as it was previously reported by Italian outlets that the former Chelsea boss could leave the San Siro after the Serie A club asked their players and coaching staff to take significant salary cuts.

La Stampa then installed Tottenham are the favourites for the 51-year-old’s signature, revealing that Spurs had made a lucrative contract offer to the Italian.

However, La Repubblica have now suggested that Real Madrid are also keen on Conte and could make a move for him.

The report explains that Los Blancos are also considering Massimiliano Allegri as a replacement for Zinedine Zidane, who has in turn been mooted as a candidate for the Juventus job. 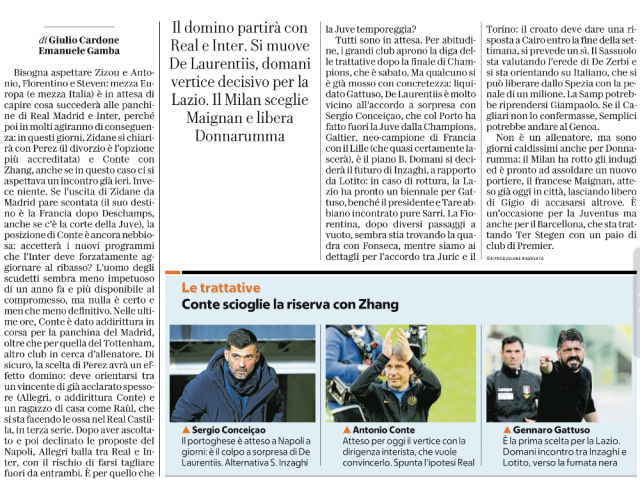