Home News Report claims Spurs only signed up for Super League for ‘leverage’ over...
1
SHARES
ShareTweet

BBC Sports’ Dan Roan has revealed that Tottenham Hotspur only signed up for the European Super League in order to have leverage over UEFA regarding the newly proposed format of the Champions League.

The footballing world was shocked yesterday by the announcement that Tottenham, along with the remainder of the Premier League’s ‘big six’ as well as Barcelona, Real Madrid, Atletico Madrid, AC Milan, Inter Milan and Juventus had signed on to be founding members of a breakaway European Super League.

A joint statement was then released by UEFA, the FA, the Premier League, the Royal Spanish Football Federation, LaLiga, the Italian Football Federation and Lega Serie A indicating that they would be doing everything in their power to prevent the competition from happening.

Roan has now explained that Real Madrid and Manchester United were the ringleaders for the announcement and the three American owners Premier League clubs (Man Utd, Liverpool and Arsenal) really mean to enter the competition.

However, it is said that the others, including Spurs, have merely signed up to strengthen their hand in the standoff with UEFA over the newly proposed Champions League format.

Here’s what the journalist tweeted about the Super League:

*Big clubs from struggling leagues (Spain, Italy) agitating because their domination of has produced boring football outcomes.
*All hurting due to Covid. Want control of the competition structure and of revenue distributions.

..ESL clubs insist they negotiated in good faith with UEFA over new CL, but really dislike new 36 team format which they feel is quantity over quality.
They want consistency in the competition & feel pre-Xmas the current system doesn’t work with too many predictable matches.

I do not believe there is a chance of the Europa Super League going ahead, particularly given the widespread criticism that the announcement has received. It is clearly a ploy by the biggest clubs to blackmail bodies like UEFA, the FA and the Premier League into giving them a higher portion of the revenue.

Report: Spurs midfielder will stay and fight for his place at the club 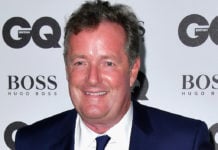