According to a report by Tuttosport (as relayed by Sport Witness), Atalanta will demand somewhere between €25m-€30m for rumoured Tottenham Hotspur target Pierluigi Gollini.

With reports indicating that Jose Mourinho and his coaching staff are on the lookout for Hugo Lloris’ longpterm replacement (Daily Mail), Tottenham have been linked with a number of goalkeepers including the likes of Ugurcan Cakir (Il Tempo), Mike Maignan (La Voix du Nord), Andre Onana (The Sun), and Dean Henderson (Daily Mail).

Gollini has been in impressive form between the sticks for Atalanta since making his loan move to the club permanent from Aston Villa in the summer of 2018.

Gazzetta dello Sport claimed in April that Spurs had identified the 25-year-old as the ideal option to go for since they were not in a position to spend big on a goalkeeper.

It is now claimed that Atalanta are ready to play hardball in their negotiations and will work hard to keep the shot-stopper.

It is said that the Serie A outfit are unlikely to let Gollini, who is under contract until 2023 leave unless they receive around €25m-€30m for his services. 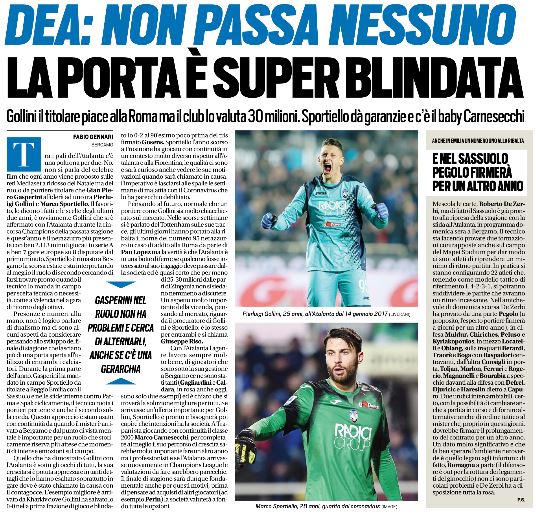 Under normal circumstances, €25m-€30m would be a bargain for a goalkeeper of Gollini’s quality but it is anybody’s guess how drastically player values are expected to fall this summer.

We need to address our weaknesses upfront, in defensive midfield and full-back before we spend considerably on a future number one, which I believe is more of a luxury transfer than a priority.