Crystal Palace are set to beat Tottenham after reports from Turkey claimed they are prepared to meet Fenerbahce midfielder Ozan Tufan’s €20 million release clause this summer.

Turfan returned to Fenerbahce last summer after spending the second half of last season on loan at Alanyaspor.

Since returning to the club, he has become a mainstay in the team and has been one of their standout performers this campaign (transfermarkt).

Haber7 reported in October that scouts from Tottenham were present at Fenerbahce’s league game against Antalyaspor to watch Tufan in action.

Fanatik now report that representatives from Spurs, Everton and Palace were all in attendance at last weekend’s Super Lig derby between Fenerbahce and Galatasaray running the rule over the versatile 24-year-old, who has already featured in midfield, right-wing and right-back this season.

The report claims that Roy Hodgson’s side are ready to trigger the Turkish international’s release clause in order to beat their rivals to his signature in the summer.

Tufan is likely just one of many different players across Europe that the club is currently scouting. So, it certainly doesn’t suggest a move for him in the summer is imminent. Besides, I believe signing a striker, a left-back and a centre half should be the club’s priority in the summer as we are fairly well stocked in terms of central midfielders. 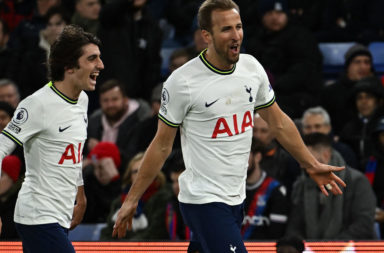