The Daily Mail have revealed that the ongoing investigations into Juventus’ finances have potentially uncovered the possibility of  Fabio Paratici allegedly overpaying for Cristian Romero in order to aid his former club.

It emerged on the back of Juventus’ capital gains trial in Italy a couple of days ago that the Old Lady could be hit with a 15-point deduction while Paratici was in line for a 30-month suspension (Gianluca Di Marzio).

The 50-year-old’s future at Tottenham appears to be in doubt, with some sources suggesting that the sanction is likely to be extended to the UK (Tancredi Palmer).

The Mail have now revealed that Paratici’s future at Spurs could now be under even more scrutiny after details emerged regarding the North London club’s acquisition of Romero.

One of Paratici’s first acts after joining as Tottenham’s managing director of football in the summer of 2021 was to sign the Argentine on an initial loan deal, with the club making the deal permanent for £42.5m a year later.

The Italian authorities have reportedly gone through the conversations that Paratici had with Atalanta’s chief executive, Luca Percassi, during the Romero deal, which have allegedly shed light on the deal.

The Mail add that Tottenham will make no comment on Paratici’s future for the time being and ‘strongly contest’ the idea that they paid too much for Romero.

As this story continues to develop, it is looking increasingly like Tottenham do not have much choice but to part ways with Paratici. Even assuming that the 50-year-old is absolved of doing anything illegal, Spurs might not want to deal with the negative PR that would come from having the Italian as the face of their football operations. 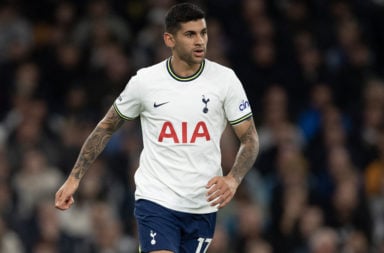