Harry Kane is said to be unhappy with Tottenham over the prospect of facing Manchester City in the club’s Premier League curtain-raiser on Sunday.

The Sun (print edition 11/08/21) claim that the 28-year-old was hoping to be left out of the squad, however, new head coach Nuno Espirito Santo is ready to play Kane against the champions.

Kane is expected to resume full training with his teammates today after completing five-day his self-isolation period, having stayed at the club’s Lodge accommodation which is located adjacent to Hotspur Way. 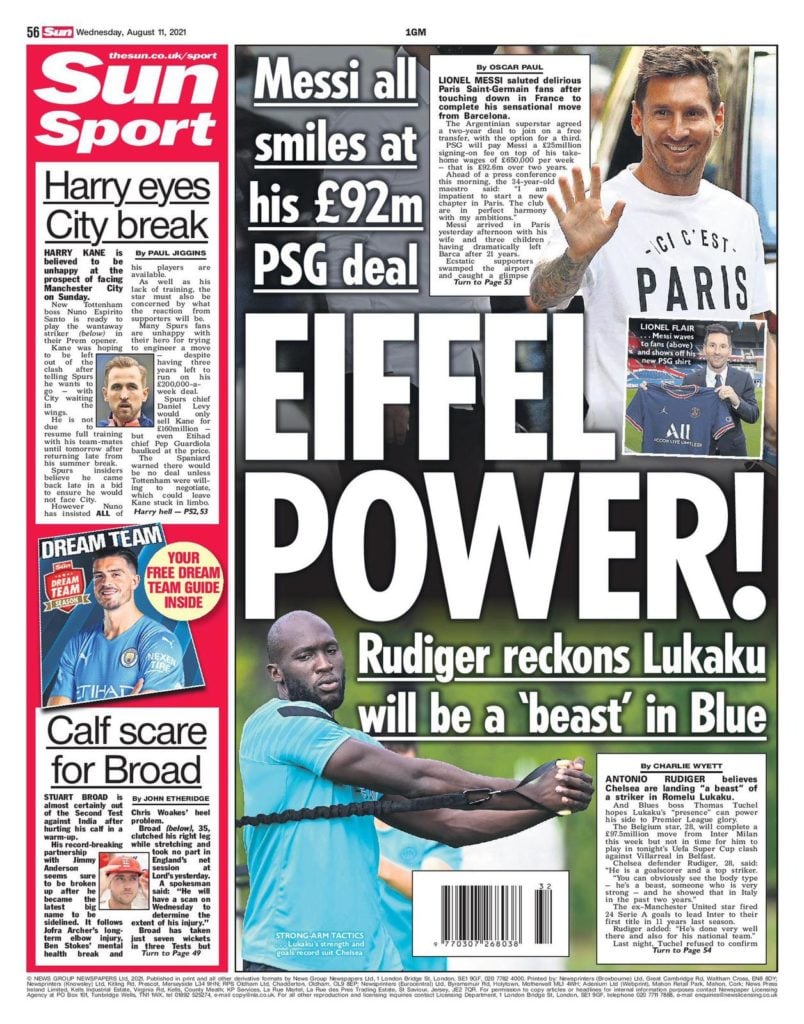 It is suggested that Spurs insiders believe Kane returned to the club later than expected in a bid to be overlooked to take to the field against Pep Guardiola’s side.

Spurs chairman Daniel Levy is only prepared to allow Kane to leave the club if they receive an offer of £160million.

We have seen previous stories from The Sun involving Kane’s situation at Tottenham which have resulted in respected journalists including Alasdair Gold claiming that Spurs’ stance remains that the England skipper is not for sale.

‘Only hangs around with Lucas’ – Nuno gives lowdown on Emerson Royal

Nuno reveals when Lo Celso, Romero and Sanchez will return from Croatia

Robinson claims some Spurs fans would be ‘happy’ to see former...

‘Only hangs around with Lucas’ – Nuno gives lowdown on Emerson...

Robinson claims some Spurs fans would be ‘happy’ to see former...