One of Tottenham Hotspur’s most experienced players is set to walk away from the club for free this summer.

Jan Vertonghen will find himself out of contract in North London and talks have said to have stalled over extending his stay with the Champions League finalists (Standard).

Vertonghen has been free to speak with clubs overseas since January and Inter Milan are already said to have made contact with the Belgian over a potential move to Italy.

Last week it was claimed in other reports that Serie A rivals Napoli were also keen to land the 33-year-old (Napoli Magazine).

Gazzetta dello Sport have today claimed (as reported by Sport Witness) that Inter are leading the race to land the player who has made 228 Premier League appearances for Tottenham while both Napoli and Roma are both monitoring the defender’s situation in England. 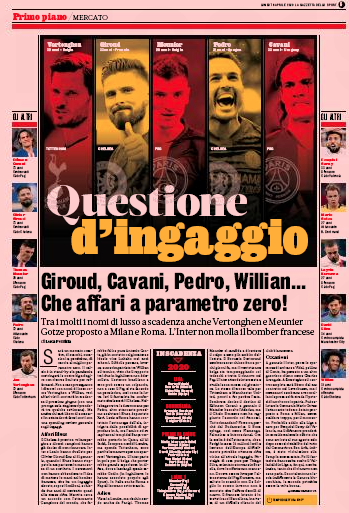 Vertonghen, who has been a mainstay in the heart of the Spurs defence since joining from Ajax in 2012 has found himself out of the side this season with head coach Jose Mourinho deciding to utilise the pace of Japhet Tanganga on the left side of his central defensive pairing.