Juventus are ‘preparing to take action’ to land Empoli goalkeeper Guglielmo Vicario in the January transfer window in order to get ahead of other interested clubs, which is said to include Tottenham Hotspur, according to Italian news outlet Gazzetta dello Sport.

Tottenham‘s current number one Hugo Lloris signed a new two-and-a-half-year contract in January which will see him remain contracted with the north Londoners until the summer of 2024.

Lloris will be closing in on 38 by the time his current deal expires and with Fraser Forster currently the understudy to the World Cup winner, there is no clear plan in place of who will become first choice when he departs.

Jose Mourinho’s Roma are the other club named in the report of those who are said to be keen on Vicario, who has impressed this season despite Empoli having only won four of their opening fifteen matches this season in Serie A. 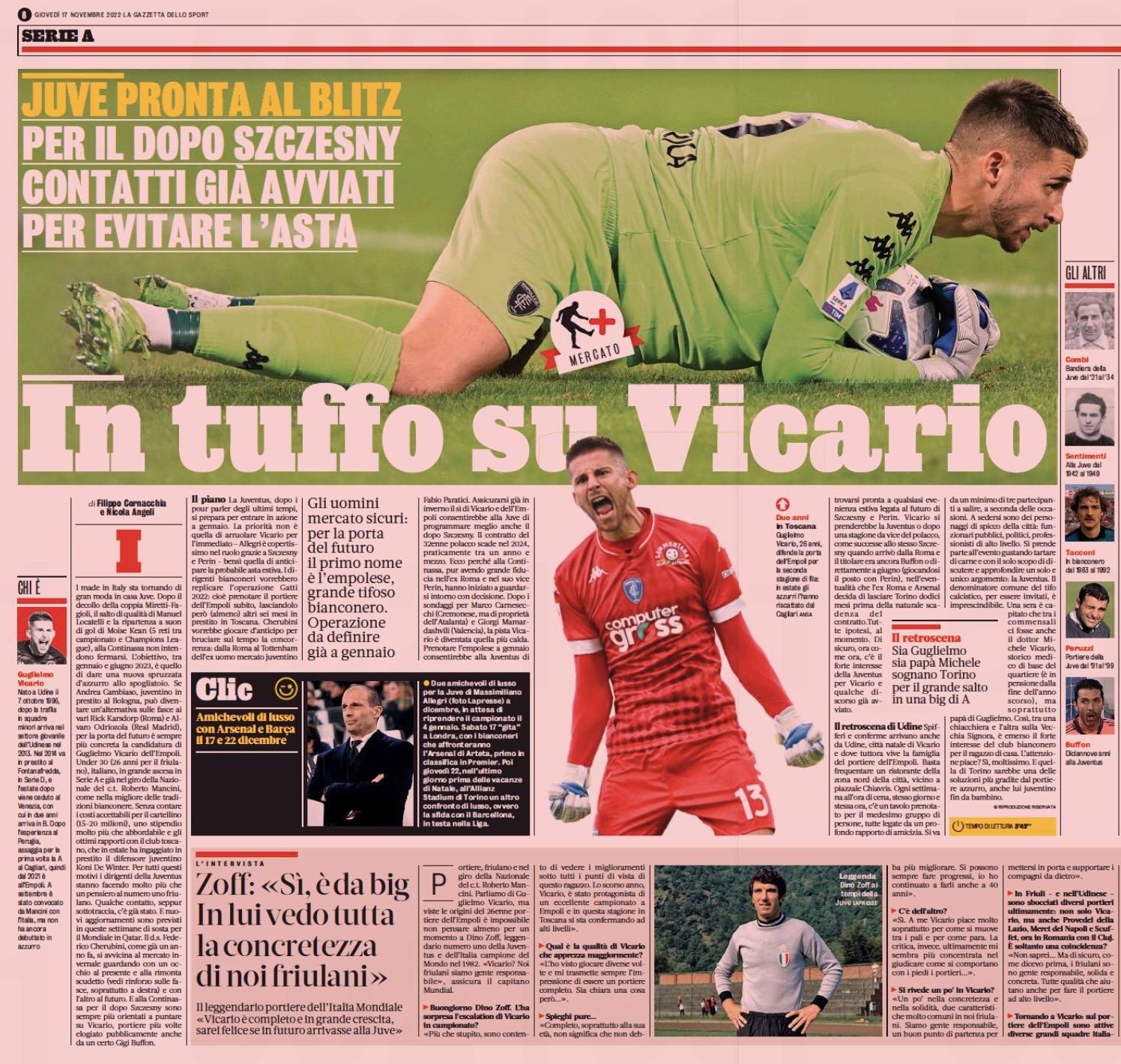 Tottenham need a proven goalkeeper with the required experience to take over from Lloris with the likes of Jan Oblak among those who would fit the bill, Lloris has been a brilliant servant to the club but it’s likely that his current contract will be his last.

The next goalkeeper has to be much more comfortable with the ball at his feet, you only have to look to Ederson and Alisson Becker as two prime examples of goalkeepers who can help influence play with their distribution.