According to a report by Spanish news outlet Sport (as relayed by Sport Witness), Harry Kane has made up his mind to leave Tottenham at the end of the season amid interest from Manchester City.

There has been plenty of speculation over Kane’s future over the last few weeks, with potential moves to Manchester City, Manchester United and Paris Saint-Germain being mooted for the Spurs star.

However, other reports also indicate that the North Londoners are in talks with the England captain over a new contract.

Sport claim that this is likely to be Kane’s last season at Tottenham, with the striker ‘committed to leaving’ the club in the summer.

The report reveals that City are on the look-out for a replacement for Sergio Aguero, who has been tipped to join Barcelona after his contract at the Etihad runs out in the summer. 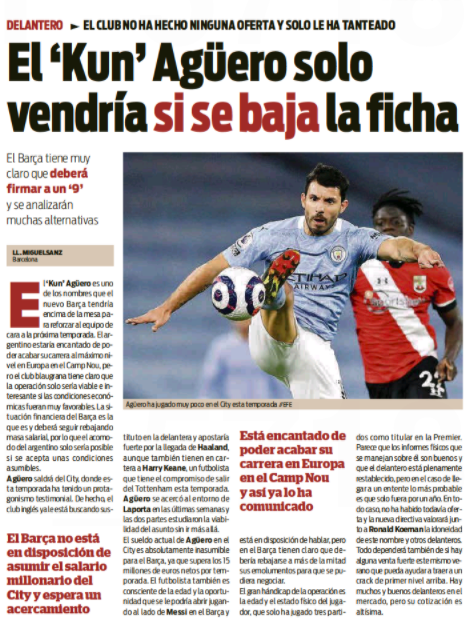 It is claimed that Kane is one of three options City are considering along with Erling Haaland and Romelu Lukaku.

The report suggests that Pep Guardiola’s men could ‘bet heavily’ on Haaland but they are ‘also looking’ at Kane.

The only thing that could potentially keep Kane from leaving is that no club is likely to be in a position to pay the £150m+ it would take to sign the England captain, particularly with Erling Haaland and Kylian Mbappe potentially being available in the summer.