The print edition of L’Equipe (as relayed by Sport Witness) have revealed that Paris Saint-Germain are unlikely to reject a reasonable offer for Mauro Icardi, who is reported to be on Tottenham’s radar.

Icardi has struggled to get regular game time under former Spurs boss Mauricio Pochettino in Paris.

The striker has found the back of the net three times in 13 Ligue 1 appearances this season, the majority of which have come from the bench.

It was reported back in October that Tottenham were admirers of the Argentina international, who has two and a half years left on his contract.

Foot Mercato claimed last week that the striker’s representatives have offered him to Spurs, Barcelona, Juventus and Newcastle ahead of the January transfer window.

If L’Equipe’s latest update on Friday is to be believed, Icardi’s time at Paris is expected to come to an end next month. 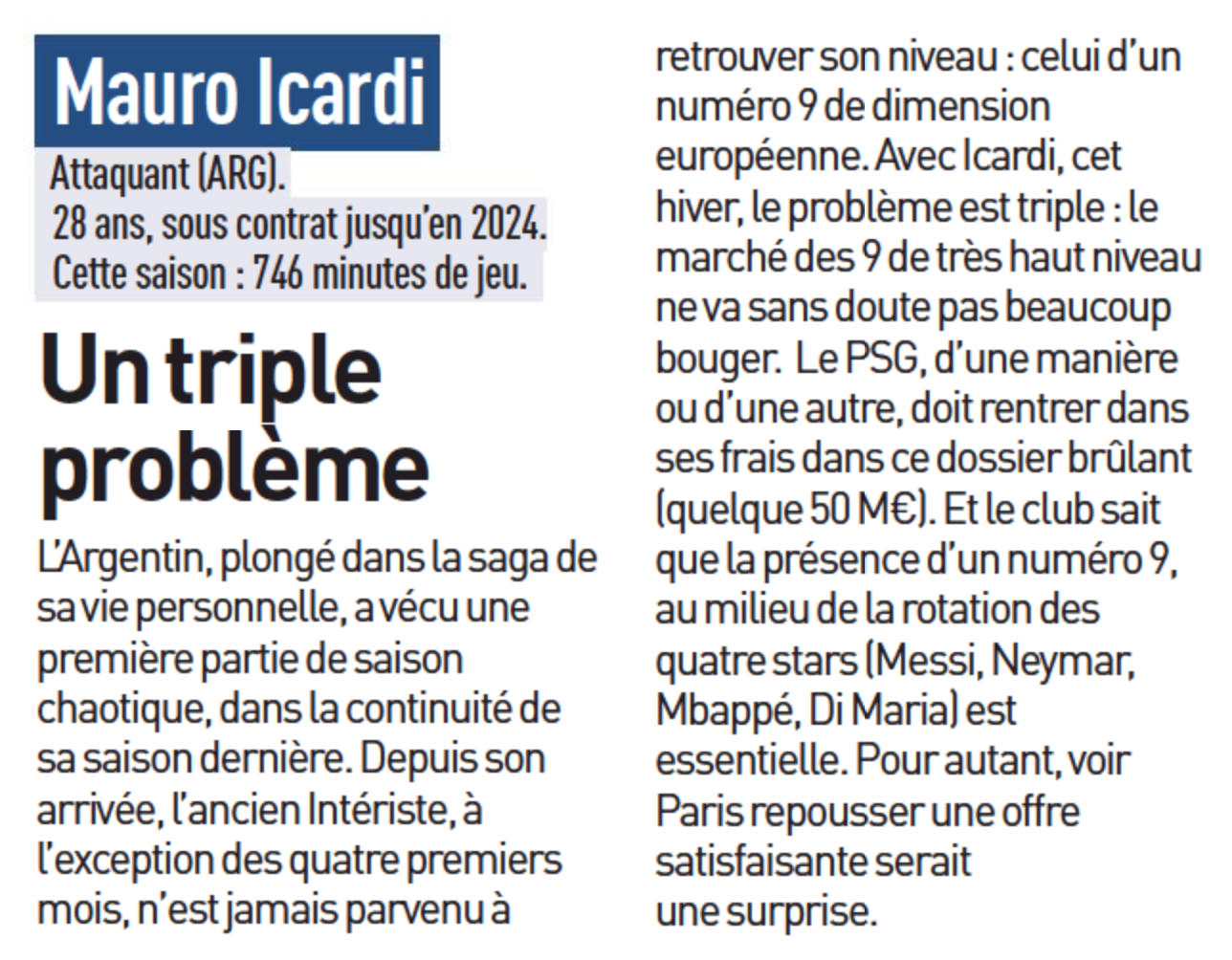 The report explains that it will come as a ‘surprise’ if PSG turn down a reasonable offer for the former Inter Milan man in January.

It is said that the Parisians have to ‘recoup’ their costs and the Argentine is one of the players who they are open to moving on.

Finally, the report adds that although Icardi is valued at €50m (£42.6m), the French club could accept a lower fee for him.

Icardi would certainly be an excellent backup for Kane and the Argentine is capable of playing alongside Kane should Conte alter his system.

However, the problem with any potential transfer deal would be the same one that Spurs have had for a long time when it comes to pursuing strikers.

The Argentine would probably not want to come to Tottenham as he would know that he would be behind Kane in the pecking order and not a guaranteed starter.