The 49-year-old has reportedly told the French giants that he wants to quit the club this summer with both Real Madrid and Tottenham Hotspur keen to make him their new head coach (Daily Mail).

Reports claim that Leonardo is set to decide on Pochettino’s future in the coming days with PSG having planned to keep faith in the former Spurs man for the next campaign despite having failed to win the Ligue 1 title this season.

The Daily Mail reported this week that Pochettino and Leonardo have clashed ‘brutally’ with the Brazilian being notoriously difficult to deal with.

Leonardo was posed the question about the future of Pochettino by French radio show Europe1 with the Brazilian admitting that he is happy with the Argentine and that he has a two-year contract.

Europe1 journalist Julien Froment has claimed on Twitter that PSG have triggered the optional one-year extension in Pochettino’s contract which now ties him to the club until June 2023. 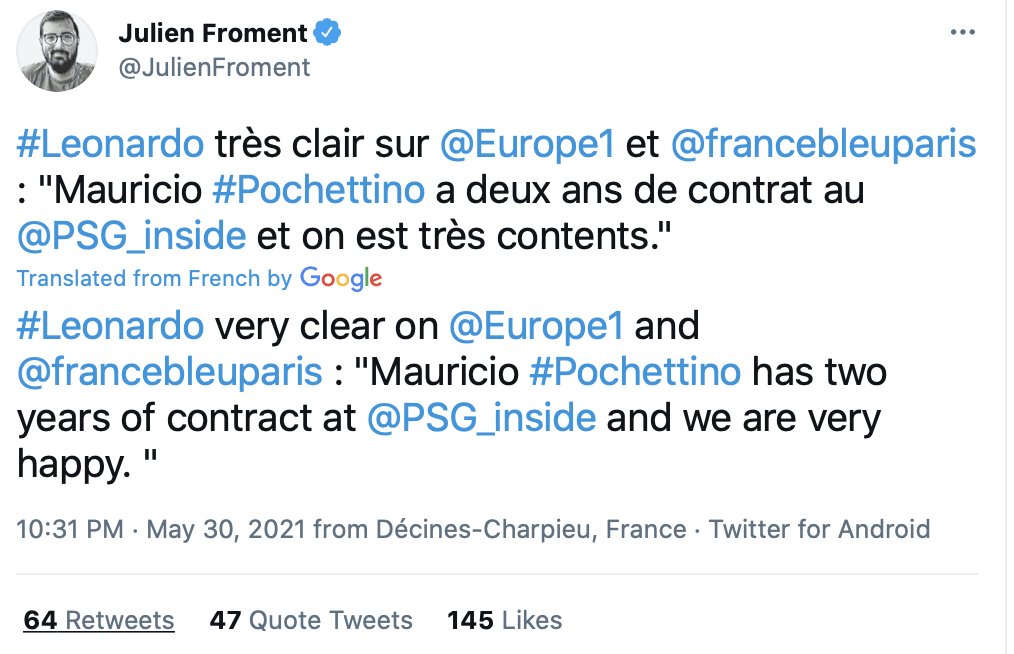 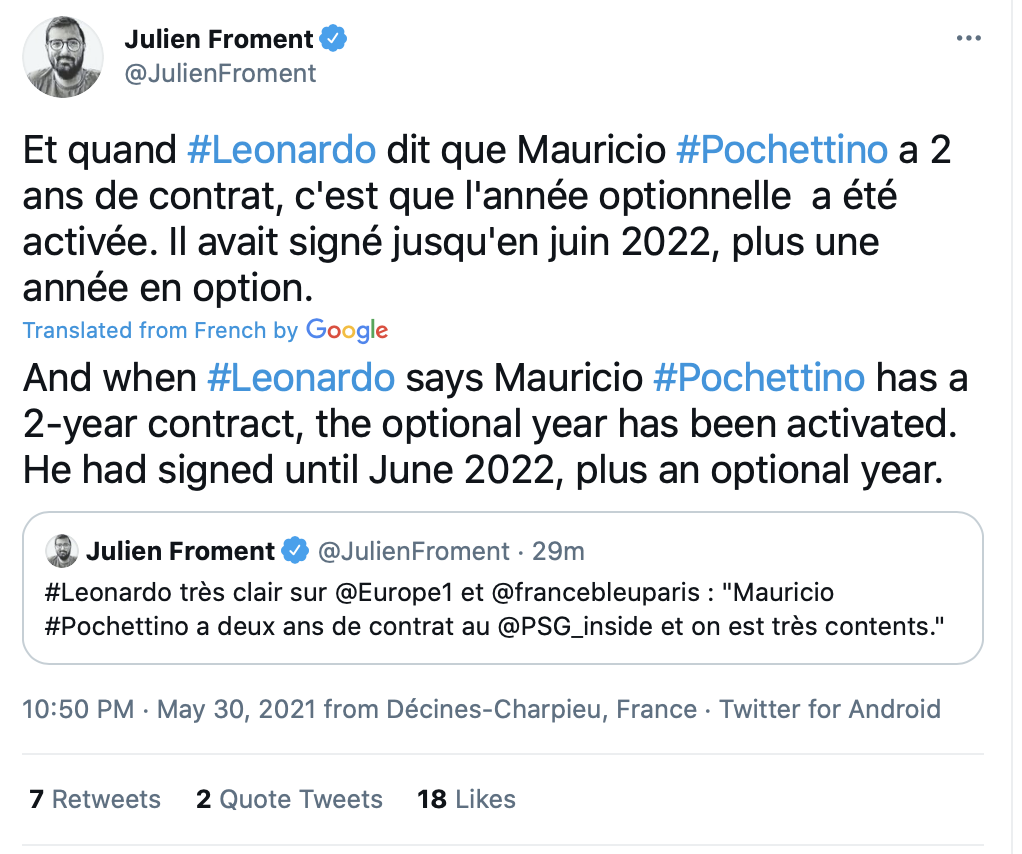