According to a report by Defensa Central, Real Madrid have rejected an approach from Tottenham Hotspur for Miguel Gutierrez.

Gutierrez is arguably one of the most promising young talents to emerge out of the Castilla youth system in recent years and the 19-year-old is viewed as a potential future first-team star.

The left-back is yet to make his senior debut for Los Blancos, he will be hoping that an opportunity is not too far away, with Marcelo appearing to be on the decline.

It was reported earlier this week that Jose Mourinho is a big fan of the 19-year-old, having also previously tried to take the youngster to Manchester United while he was in charge at Old Trafford.

Defensa Central have now also talked about Mourinho’s fondness of Gutierrez, with the North Londoners now said to have seen their offer for the defender turned down.

The report adds that Inter Milan and Juventus are also interested in the left-back while Borussia Dortmund and Eintracht Frankfurt also previously enquired about his availability.

However, it is said that Madrid supremo Florentino Perez has no intention of letting Gutierrez leave Santiago Bernabeu.

We are pretty well stocked at left-back, with Jose Mourinho seemingly trusting both Sergio Reguilon and Ben Davies. We also have two young left-backs who have the potential to reach the top in Ryan Sessegnon and Dennis Cirkin. So, I fail to see why we would want Gutierrez. 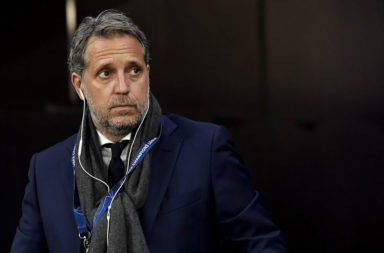