Italian journalist Enzo Bucchioni has claimed in his column for Firenze Viola that Tottenham Hotspur would be prepared to pay around £60m for Dusan Vlahovic in January.

Tottenham have been heavily linked with a move for Vlahovic in the two weeks since Antonio Conte’s appointment.

Gianluca Di Marzio provided a comprehensive breakdown of Vlahovic’s situation in his column for TuttoMercatoWeb this week.

He claimed that Fiorentina would like to cash in on the Serbian international in January but that the Serie A club suspect the striker already has an agreement with ‘another team’ over a summer transfer.

Bucchioni has now revealed the Viola hierarchy have not yet given up hope of tying Vlahovic down to a new contract.

He backs up Di Marzio’s claim about the club preferring to sell the 21-year-old in January in order to get maximum value if he refuses a contract extension.

The journalist adds that Spurs could make an approach for Vlahvoic in January so the striker would have time to adapt to the Premier League and Antonio Conte’s methods ahead of next season.

Bucchioni also stated that Tottenham would be prepared to put €70m (£59.1m) on the table for the centre-forward.

From the recent reports coming out of Italy, it sounds like Fiorentina want to cash in on Vlahovic in January but the striker is prepared to wait until the summer for a big move. It will certainly be interesting to see how this situation develops over the coming weeks. 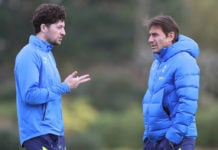