According to a report in Italian publication La Repubblica (as relayed by Sport Witness), Tottenham Hotspur hold a serious interest in Sampdoria winger Mikkel Damsgaard.

Damsgaard has established himself as an important part of the Sampdoria side since arriving from Nordsjaelland for €6m (£5.4m) last February.

The 20-year-old has scored two goals and provided four assists in Serie A this season, is turning many heads with his performances.

Club Doria reported during the January transfer window that Tottenham and West Ham had both expressed interest in the Danish international and that the North Londoners were the front-runners for his signature.

Tuesday’s print edition of  La Repubblica claims that Tottenham and Juventus have both asked information about a potential deal for Damsgaard, with both clubs said to be ‘crazy’ about the player.

The report claims that Sampdoria believe that the youngster can fetch them around €20m (£17.5m) in the summer transfer window. 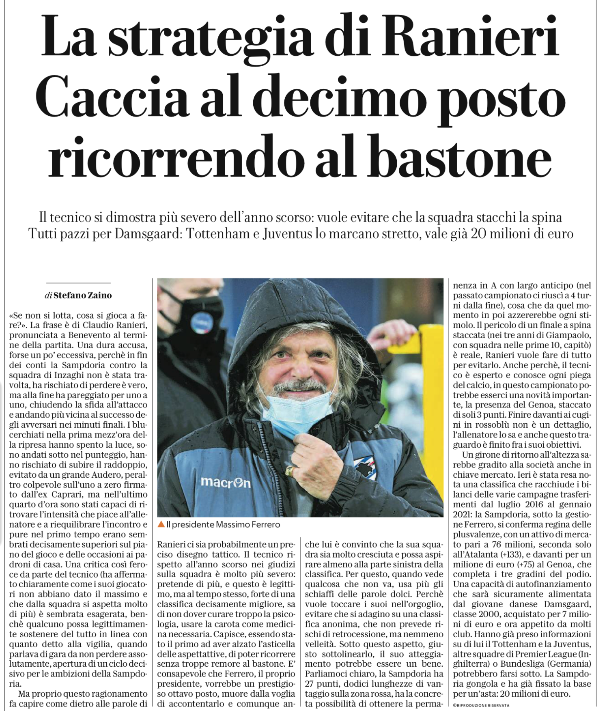 We have plenty of wide players in the squad at the moment but in all likelihood, Bale is not going to be at the club next season while I also expect at least one of either Lucas or Lamela to be sold in the summer. So, there could be room for another winger in the squad and we do lack a winger of Damsgaard’s profile who likes to take people on when he gets on the ball.

Report: Spurs are ‘laying the groundwork’ to sign 26-year-old in the summer