The Evening Standard have claimed that Tottenham Hotspur still hold an interest in Benfica centre-back Ruben Dias, with just over two weeks left until the transfer window shuts.

While all the talk over the last week has understandably been about Gareth Bale’s impending return to North London, the report reveals that Jose Mourinho wishes to add another striker and a centre-half to the squad.

Dias is said to be near the Tottenham boss’ preferred options to bring in, with Mourinho and the defender sharing the same agent in Jorge Mendes.

Spurs were linked with the Portugal international during the January transfer window (Independent), and The Evening Standard now claims that Benfica shot down Spurs approach for the defender back then.

It is revealed that the Portuguese giants were in no mood to sell Dias during the January transfer window but their position is said to have changed now due to the financial impact of the pandemic.

After their failure to qualify for the group stages of the Champions League, it is suggested that Benfica might decide to cash-in on the centre-back.

With the acquisition of Reguilon, it is possible that Jose is contemplating playing five at the back on a more regular basis next season, rather than the lob sided back four, which has been his trademark at Spurs so far. If that is the case, we could certainly do with one more central defender, particularly since Foyth looks to be on his way out before the transfer window shuts. 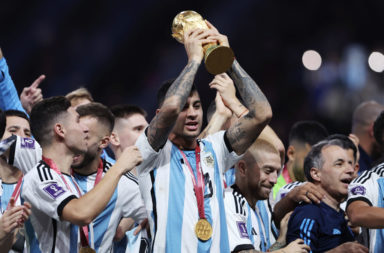 Report: Spurs would now have to pay £105m to sign World Cup winner

Report: Spurs have spoken to Darwin Nunez’s representatives this summer