According to Gazzetta dello Sport (as relayed by Sport Witness), Tottenham Hotspur were offered the chance to sign Edin Dzeko earlier this month but the North London club were not interested in the Roma star.

Tottenham moved for Carlos Vinicius on a season-long loan deal in the summer with an option to buy him permanently for £40.9m at the end of the season.

When asked about speculation linking Spurs with a move for Danny Ings, Jose Mourinho admitted in his press conference last week that Tottenham do not need another striker at least until the end of the season.

Gazzetta dello Sport have now revealed that Dzeko has fallen out with manager Paulo Fonseca and Roma are looking to move him on before the end of the transfer window.

The Bosnian international was reportedly offered to Tottenham, Manchester City, Barcelona and Real Madrid; only for Spurs and City made it clear that they do not commit to a player who will turn 35 in March and currently earns €7.5m-a-year (£6.6m). 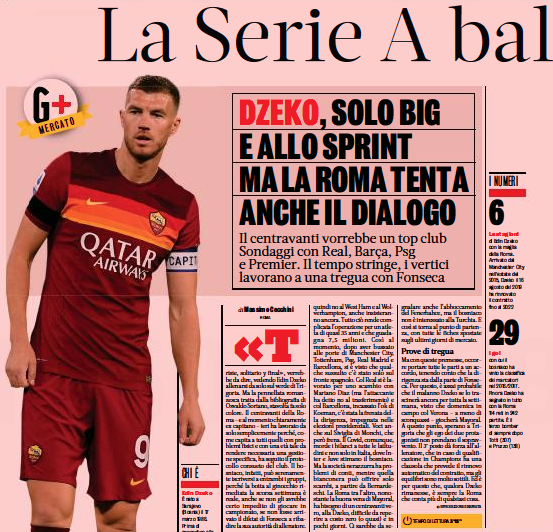 I suspect that we will not activate the option to buy Vinicius at the end of the season and be on the lookout for another striker in the summer. While I would have been all for bringing Dzeko in two or three years ago, he is clearly not the answer at the moment as he is well past his best.

Opinion: Looking at the importance of the stadium name rights to Tottenham

Opinion: Looking at the importance of the stadium name rights to...