According to the print edition of Portuguese newsaper Record (1/02/22) as relayed by Sport Witness), Marcus Edwards’ transfer from Vitoria to Sporting may not have netted Tottenham Hotspur a bumper payment.

Edwards left Tottenham to join Vitoria Guimaraes in the summer of 2019 and his reputation has been burgeoning for the last two and a half years.

His performances for Vitoria earned the Spurs academy graduate a move to Sporting during the January transfer window.

A Bola (via SportWitness) previously claimed that Tottenham would be owed 50 per cent of any fee that Sporting pay to Vitoria for the 23-year-old.

However, Record now explain that Sporting only bought 50 percent of Edwards’ rights, paying €7.6m (£6.3m) to Vitoria with the remaining 50 percent set to still belong to Tottenham. 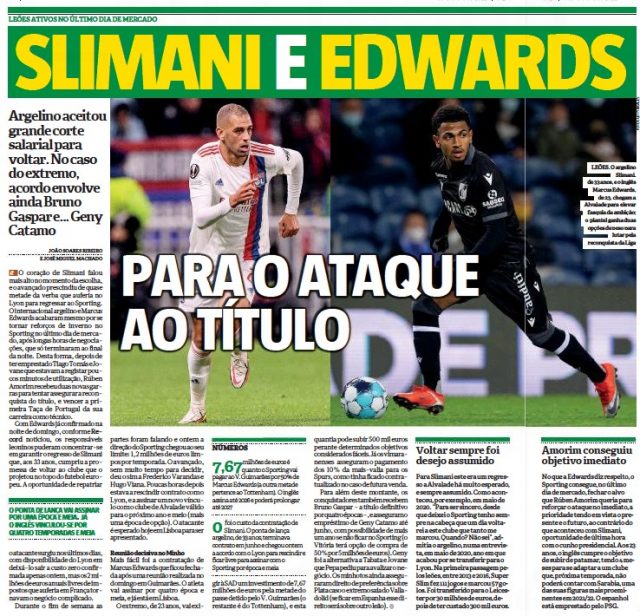 It sounds like Spurs feel that Edwards has a much higher ceiling than he has shown in Portuguese football so far and expect him to be sold for a higher fee in the future.

That would explain why the club may have decided to retain their 50 per cent ownership of the winger. The North Londoners are probably banking on Edwards to completely a big-money move to the Premier League in the future so that they could pocket a sizable amount.

This could also potentially mean that Tottenham would have an advantage over other Premier League clubs should they decide to re-sign Edwards in the future as they would have to pay only half of Sporting’s asking price.

Report: Spurs accept four players might not leave until close to deadline day

Valencia boss makes admission that could be good news for Harry...

Alasdair Gold reveals whether he expects Kane to continue on free-kick...

Report: Spurs accept four players might not leave until close to...