Jan Vertonghen’s time at Tottenham Hotspur looks set to be coming to an end.

The central defender’s contract with the club runs out in June and has been linked heavily with a move away from Spurs at the end of the season (Evening Standard).

The newspaper edition of Tuttosport on 14/3/22 (as relayed by Sport Witness) report that Vertonghen is unwilling to sign an extension with Tottenham when his contract expires and is said to be looking for a new challenge after spending eight years in North London following his move from Ajax. 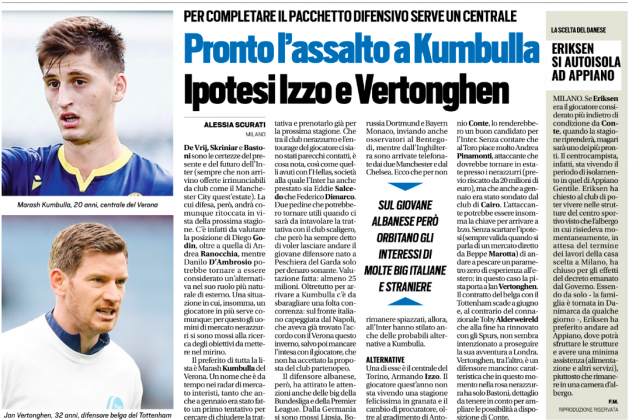 Inter Milan have reportedly identified the Belgian international as the man to shore up their defence. It is alleged that the Serie A giants could attempt to sign him on a free transfer in the summer which would see him re-united with former team-mate Christian Eriksen.

With the Premier League season currently in doubt due to the spread of the coronavirus (Sky), the Spurs faithful may have seen the long-serving defender in action for the last time in North London.

It remains to be seen what the situation will be regarding player contracts if the season is not finished by 30 June (BBC).

While Vertonghen’s form this season has left a lot to be desired, it has been clear from his body language that he is desperate to get back into the team and earn a new contract with the club. As things stand, I expect him to leave in June if the season doesn’t resume before then.

Opinion: Everything wrong with that disgraceful defeat to Arsenal in the NLD

Tottenham legend claims Nuno is playing star out of position this...

Opinion: Everything wrong with that disgraceful defeat to Arsenal in the...