Home News Report: Spurs to hold talks with player who has just over a...
0
SHARES
ShareTweet

The Daily Star reports that Tottenham Hotspur are set to hold contract talks with Erik Lamela with the midfielder about to enter the final twelve months of his current deal.

Lamela has made more than 250 appearances for Spurs since arriving from Roma in 2013 but he has arguably failed to live up to his potential during his time in North London due to series of injuries.

The Argentine has been in a great run of form for the past few months and Jose Mourinho has admitted that he is a big fan of the 29-year-old.

However, there has been some speculation about the midfielder’s future with Bologna sporting director Walter Sabatini even admitted recently that the Serie A club are exploring the possibility of signing up the Tottenham star.

The Daily Star suggest that Spurs will listen to offers for Lamela in the summer due to his current contract situation.

The report claims that although the left-footer wants to stay at Tottenham, his future would depend on the outcome of the contract talks he is set to have with the club.

Lamela has certainly shown enough this season to suggest that he could be a decent squad player for us for another couple of years. However, given his injury record, his value in the market will likely diminish drastically once he hits his thirties, which is why Spurs could be tempted to cash in on him this summer. 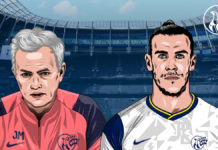 Report claims what Tottenham’s plans are for Carlos Vinicius