Barcelona are not planning on letting Arthur Melo leave the Camp Nou this summer according to the latest reports from Spain which come as a blow to Tottenham’s rumoured interest in the midfielder.

Mundo Deportivo reported last week that Tottenham had ‘moved resolutely’ to try and sign the Brazilian international, and were facing competition from Inter Milan for his signature.

They suggested that the Lilywhites were even willing to include club record signing Tanguy Ndombele in a deal to bring the 23-year-old to North London this summer, a claim which has been contradicted by other reports (Mirror).

Marca (as relayed by Sport Witness) have now poured downplayed the rumour by reporting that Barcelona have no intention of using the midfielder as a bargaining chip. 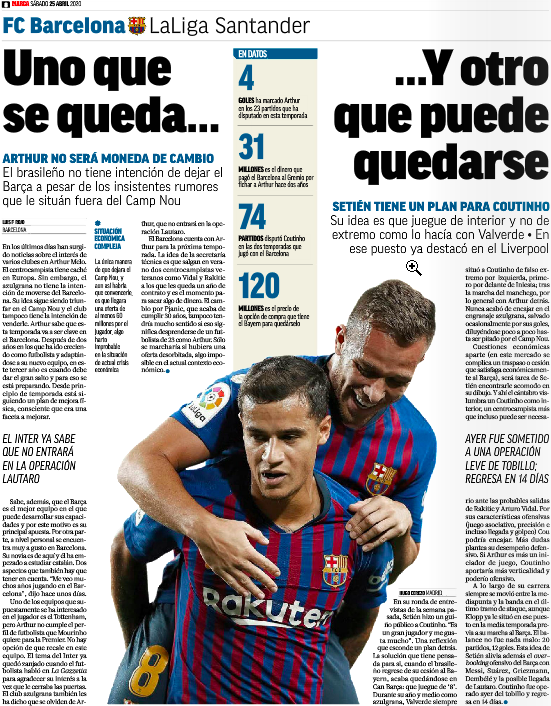 They also reveal that Arthur is keen to stay at the club and has the intention of becoming an established first-teamer for years to come and is even devising a strength and conditioning plan ahead of the return to action to help increase his presence in the middle of the park.

This rumour always sounded far-fetched as Arthur has an even higher ceiling than Tanguy Ndombele (although they are different type of players). It didn’t make any sense as to why Barca would sell him and he certainly doesn’t fit the profile of typical Mourinho-signing.

Alasdair Gold reveals what it is like to interview Conte compared...

‘It can be boring’ – Berbatov makes claim about Spurs attackers...