The Guardian have tipped Son Heung-min to be a probable starter for the match at Old Trafford against Manchester United later this afternoon.

The South Korean has been in tremendous form since the start of the campaign, having registered five goals and two assists so far.

Four of those goals came at St Mary’s a couple of weeks ago when the Lilywhites put Southampton to the sword in a 5-2 win, with Harry Kane setting up all four of his goals.

However, the 28-year-old was withdrawn at half-time against Newcastle United last Sunday with a hamstring problem.

Some Spurs fans feared the worst when the heard news of the former Bayern Leverkusen man’s injury but Mourinho has since confirmed that Son’s injury is not as bad as feared and that he could be fit in time to play a part against Manchester United on Sunday.

The Guardian has now predicted that Son will start at Old Trafford as part of the three-men creative unit behind Harry Kane alongside Lucas Moura and Giovani Lo Celso.

Only time will tell if the pacey wide forward is fit enough to start but Spurs fans will certainly be keeping their fingers crossed that he is. 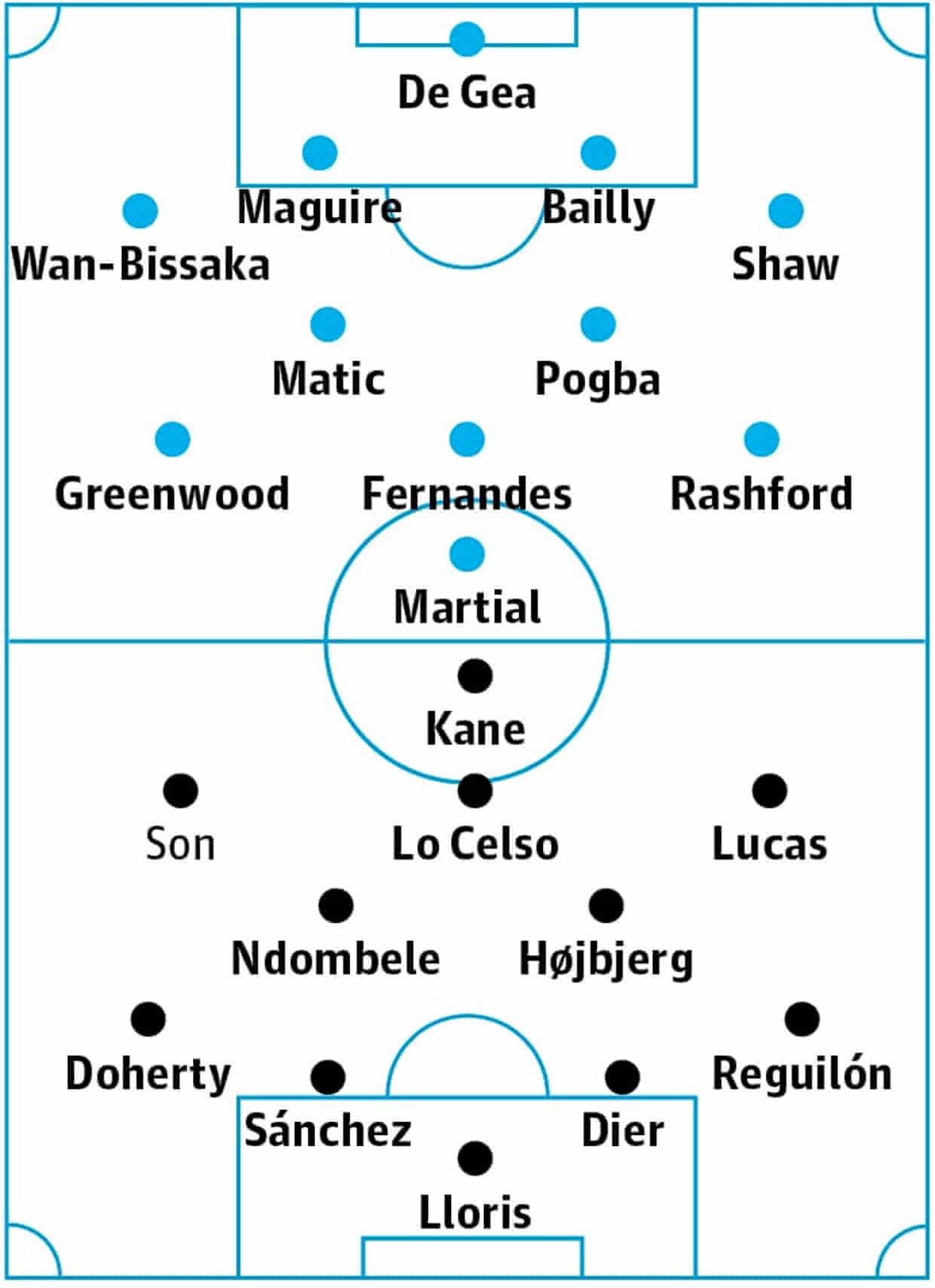 Report: Spurs have sent scouts ‘to keep an eye’ on 20-year-old

Opinion: The Spurs squad ranked by minutes on the pitch this season

Report: Spurs and Milan could be set to battle it out for £15m-rated star