Tottenham Hotspur and Real Betis are in talks over a potential deal for the transfer of Serge Aurier, according to Spanish news outlet AS.

The report claims that Tottenham are prepared to cover some of the costs in order to see the former PSG defender leave the club before the transfer widow closes later tonight.

Aurier is within the last twelve months of his contract in North London and has previously stated his intention not to sign a new contract at the club (L’Equipe).

The Ivory Coast international was linked with a return to the French capital earlier in the summer before they signed Achraf Hakimi (Football Insider) and was reportedly offered to Barcelona last week as part of the negotiations for Emerson Royal, only for the Catalan giants to snub the offer to bring him to the Nou Camp (Fabrizio Romano).

Tottenham are said to be eager to offload Aurier ahead of this evening, with the right-back having failed to be selected in any of Nuno Espirito Santo’s match day squads this season since taking over as head coach.

Aurier is obviously not part of Nuno’s plans and the club will be desperate to recoup some sort of fee for him this summer, rather than risk him walking away as a free agent at the end of the campaign.

A year without football would not be of any benefit to the player or Spurs, hopefully this is a deal that can be done today. 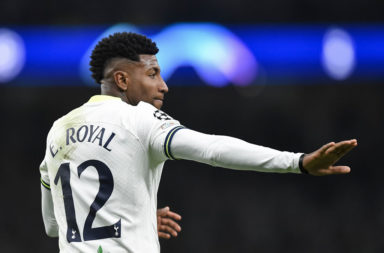 Report: Nottingham Forest could make move for player who left Spurs in 2021

Report: Defender who left Spurs in 2021 set to become a free agent again

Report: Tottenham are in talks with £34m-rated attacking midfielder