Tottenham Hotspur midfielder Moussa Sissoko is today being linked with a possible move to Juventus.

Today’s print edition (24/8) of Italian news outlet Tuttosport claims that the French midfielder could be on his way to Turin in a deal which would see USA international Weston McKennie head to North London in exchange. 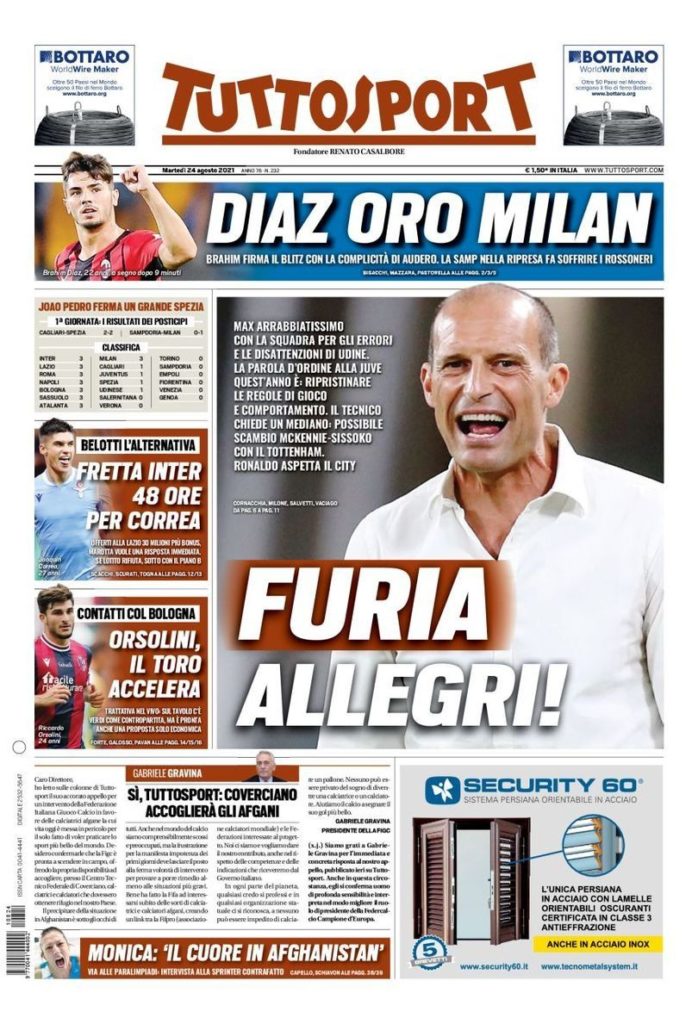 Sissoko has not been included in any of Nuno Espirito Santo’s matchday squads in both the Premier League and Europa Conference League so far this season.

Turkish publication Bagimsiz Gazete claimed earlier this month that Fenerbahce had talks talks with Spurs over a possible deal for the French international.

The French international hinted before Euro 2020 that his time in North London might be up and would be open to a new challenge.

Getting Sissoko off the wage bill and replacing him with McKennie would be a huge boost ahead of the transfer window closing.   Sissoko has prove he is a brilliant athlete, however, he struggles to have an impact on the game.

McKennie, 22, would bring a fresh pair of legs to our midfield, something which is desperately needed with Tanguy Ndombele also nowhere near the first team picture.

Report: PSV tell Spurs how much they would have to pay for Madueke

Former defender reveals transfer to Tottenham was ‘worst’ of his career

Report: PSV tell Spurs how much they would have to pay...

Former defender reveals transfer to Tottenham was ‘worst’ of his career